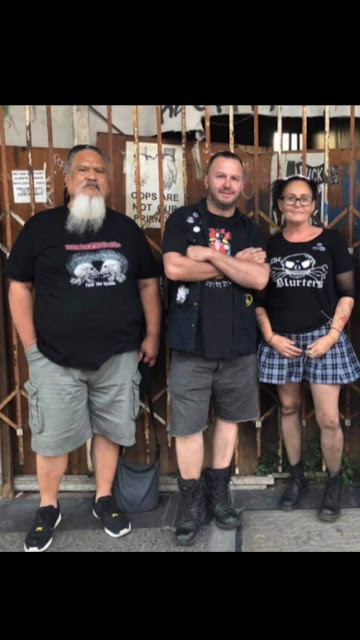 Kids of Skids (https://www.facebook.com/kidsofskids2018/) are a 4 piece from Sydney who formed in 2018 and who feature a line up of Phe (vocals), Lucas (guitar), Ati (bass) and Mark (drums). Lucas featured on here recently with his other band, The Owen Guns. They released a debut Self Titled ep in March on local label Innercity Uprising. 4 short blasts of energetic and aggressive punk rock with plenty of attitude and an impressive amount of swearing. There was a ltd edition cd (50 copies only) and it's also available as a name your price download :   https://innercityuprising.bandcamp.com/album/s-t-8

Not only did they release their debut ep in March, they also took a step further along the road to world domination by signing to Riot Records (https://goldenrobotrecords.com/riot-records/kids-of-skids/) and this week sees them polishing up the opening track from the ep and releasing it as a single. You know what, it's great cobber! It's a sub 90 second barrage of fast paced banging and shouting about the joys of going out to buy a big shiny and no doubt very sharp knife. It's called Army Store...