The Johnnies - Bash Me With That Truncheon...​ 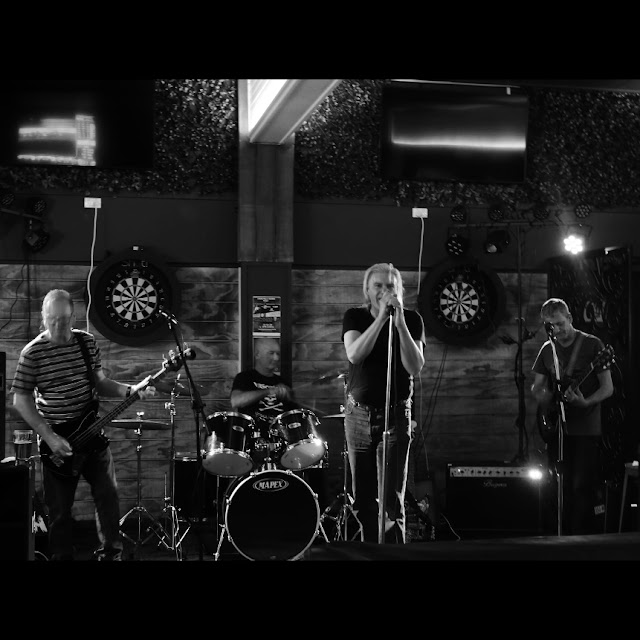 The Johnnies (https://www.facebook.com/TheJohnniesNZ/) formed in January 1982 and split up a couple of years later. They're from Christchurch, New Zealand and their line up featured Mike Smith (bass), Neil McRobie (drums), Vince Haughey (guitar) and Rick Tindall (vocals). They released a very rare 7" single... 500 copies, a number of them thrown into the crowd at the release party at the Chinese Cultural Centre in Christchurch in December 1982. It featured the following tracks Who Killed Johnny / And You / Govt. Don't Care. 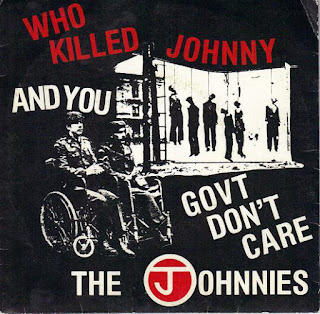 You missed out on a copy? Don't worry, the band reformed in 2019 and they've just released a 9 track album which features those songs plus several more that are just as good. 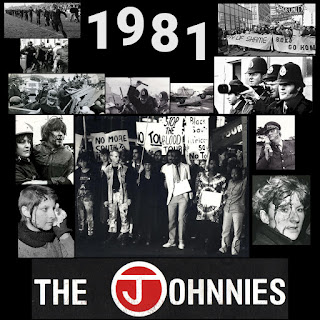 Titled 1981, the album is unsurprisingly a throwback to an era long gone but it still sounds great today. I know absolutely nothing about the New Zealand punk scene 40 years ago but if it was anything like this then I'm a fan! Recorded, engineered and mastered by Arnie van Bussel at Nightshift Studios in Otautahi/Christchurch, Aotearoa-New Zealand, April 2021, they'll be getting the physical product sorted soon but for now you can check out 1981 on Bandcamp : https://thejohnniesnz.bandcamp.com/album/1981
This is the opening track, It starts with the guitar mimicking the sound of a speeding police car before going on to tell the story of the heavy handed boys in blue arriving to break up a party. It's called Bash Me With That Truncheon...
Posted by mickfletcher at 23:50

Email ThisBlogThis!Share to TwitterShare to FacebookShare to Pinterest
Labels: 2021, punk, The Johnnies