Seeds of 77 - The Trickster 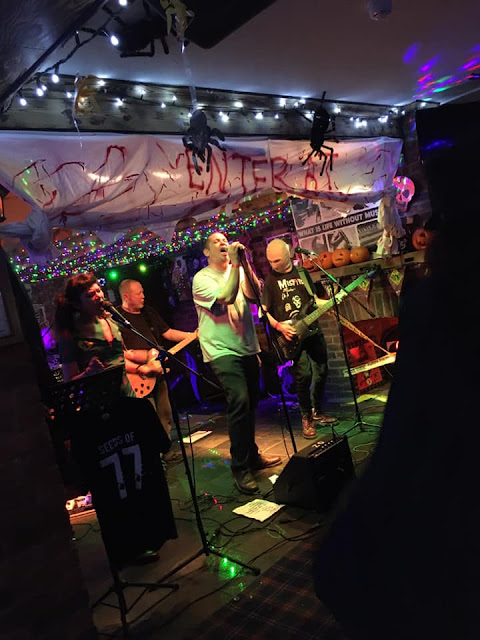 Describing themselves as "musical celebration of the roots of punk rock and beyond" you'd expect London sextet Seeds Of 77 (https://www.facebook.com/seedsof77) to be a band who wear their influences on their sleeve, and going off the evidence presented on their debut album, you'd be right.
Their line up features members of  Menace, Big Boy Tomato, Morgellons and many others and looks like this : Vince Mahon (Vocals/Lyrics), Michi Sinn (Vocals), Richard Sheldrake (Guitar), Finn Panton (Bass), Simon Daniels (Keyboards) & Neil Harris (Drums). They make "hard edged music heavily influenced by punk rock and it’s early 80s aftershocks." 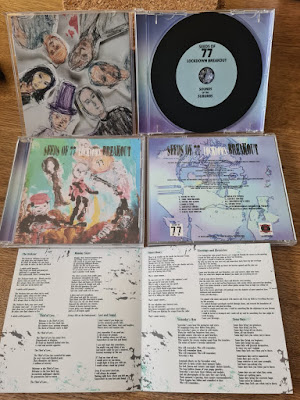 The album is titled Lockdown Breakout and amongst the people helping out on mixing and mastering is John Youens from Just Some Punk Songs' regulars Slow Faction. It's 13 tracks that runs the gamut of punk, alt rock, post punk & sleazy rock n roll. You can tell these guys are genre veterans. The album's available on cd and digital download : https://seedsof77.bandcamp.com/album/lockdown-breakout
They've released a single from it, it's called The Trickster...
The Trickster whispers in your ear And plugs into your deepest fears He trains the monkey for your back And what he takes, he don’t give back A subtle artful parasite Who keeps you numb and paralysed Addiction to a primal fear That underneath, there’s nothing there The Trickster feeds you – bleeds you dry Knows what you need to get you by He’s always there, he’s your best friend He’s with you ‘till the bitter end A subtle artful parasite… The Trickster hits you when you’re weak On empty nights when you can’t sleep And when you’re lonely in a crowd He’s always there to drag you down The Trickster fuels your every need He drains your soul – it’s how he feeds And when you’ve nothing left to give He takes your final chance to live A subtle artful parasite…
Posted by mickfletcher at 23:46