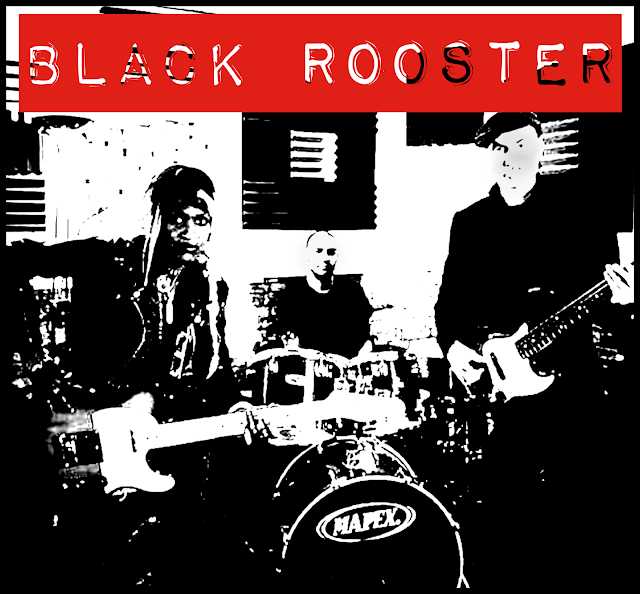 Black Rooster (https://www.facebook.com/blackroosteruk) are a 3 piece from West London fronted by singer/songwriter Lucille Rees (ex Screaming Violets). They list amongst their influences the likes of Buzzcocks, Stooges, Ramones, The Slits and Sleaford Mods. They play a kind of fuzzed up garage punk with Lucille singing in a can't give a fuck style (which is hard to do properly and make it work but she sounds great).
They've recently released an album titled '74-75' and I'm really enjoying it. The subject matter of the songs is challenging and often harrowing and the press release mentions how Lucille's dysfunctional upbringing due to reconstructive surgery at East Grinstead Hospital saw her develop a liking for morphine and other drugs from an early age. 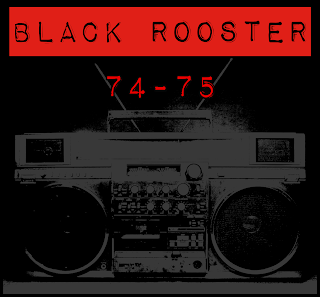 The first of the album's 14 songs is the title track and it kicks things off in style conjuring up images of riots on the street ("It's 74-75. Great time to be alive"). Boring sounds like a long lost exercise in nihilism from punk's golden age whilst Shut Your Mouth decries incessant yap yap yapping. Dog House is a homage to Iggy Pop whilst elsewhere Lucille laments that Society makes her want to scream...
I wouldn't be surprised if a few people get to the end of the album and decide it's all a bit one dimensional which would prompt me to say "I get where you're coming from but that just adds to the charm." You can check it out for yourself here :  https://open.spotify.com/artist/0tTrg5bffeyau300Cdqu2h
You'll be able to catch them live when they play London's Soho club, St Moritz on 17th July.
I could have highlighted any of the songs (I'll play a different one on this week's Just Some Punk Songs show) but I might as well share the one they made a video for. It tells the tale of when Lucille's adoptive mum would take in and look after problematic children from London. Just as a certain amount of stability was in place, Lucille's adoptive mum died when Lucille was 17 years old leading to further instability and drug abuse. It's called Maladjusted...
Posted by mickfletcher at 23:45