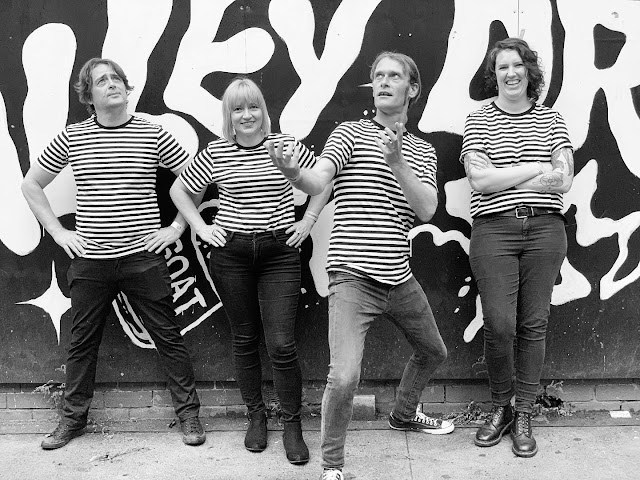 Hailing from Brisbane, The Glycereens (https://www.facebook.com/theglycereens) are Heli Puhakka (vocals/guitars), Sol M Robinson (vocals/guitars), Chrissy Langham (vocals/drums) & Nathan Smith (vocals/bass). They've just released a new album (a follow up to their 2018 debut Hangin' On) and I recommend you check it out. 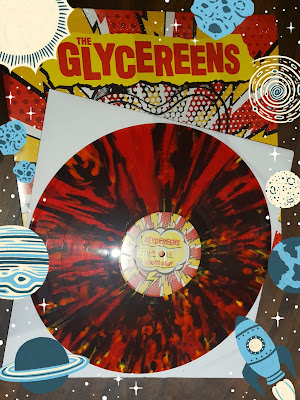 It's titled Atomic Army and it's a catchy mash up of garage and bubblegum pop punk influenced by the likes of The Stooges, Blondie, Radio Birdman, Cosmic Psychos, Buzzcocks etc. It's available on 3 different coloured vinyl versions (red, yellow, splatter) but they're going quick so grab one now. It's also streaming here : https://theglycereens.bandcamp.com/album/atomic-army
Highlights are plenty, the Ba Ba Ba Ba's in New Shoes will worm their way into your brain, Alone Tonight reminds me a little of bands like The Shop Assistants (I'll be playing it on the show later today  https://www.facebook.com/events/299092535026310) and opener I Don't Care rocks along with both riffs and melody aplenty.
The song I'm highlighting though is the first single from the album and the one they've released a video for. This is Neon City Lights...
Posted by mickfletcher at 01:49