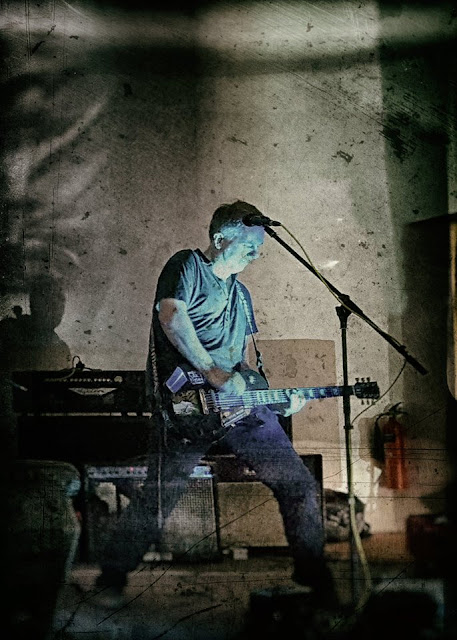 Not only is the new single by Reading based post-punks Who Killed Nancy Johnson my favourite release by them thus far, it's also a very timely comment on "the poverty-fostering self-servatives."

Influenced by the likes of Wire, Magazine, Gang Of Four, Killing Joke and Idles as well as across the pond cousins such as Black Flag, Fugazi, The Adolescents and No Problem the band formed in 2016 and have been building up a reputation as an incendiary live act. Release wise they've been pretty damn impressive too with a number of very good eps under their belt. As I mentioned earlier though, they may well have just unleashed the best of the lot. Featuring a line up of Mark Wren (drums), Pete Moulton (guitars), Dawid Bychowski (bass) and Stefan Ball (vocals) the single boasts "two slices of scorn."  Punish The Poor blasts the Tory government and their hardship causing austerity measures. The accompanying video reels off some pretty shameful statistics such as 8 million people in working households live in poverty and that cuts to public health services have led to 130,000 preventable deaths since 2012. It's powerful stuff and the music is bloody powerful too (nice production job guys). The flip side is "aimed at the cow-killing chicken-mincers from Chicago" better known to you and me as McDonalds and paints a picture of a corporate clown awash in a sea of meat, skin, bone and blood. 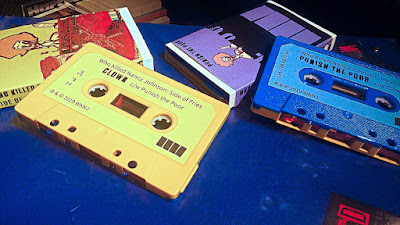 Two songs, two winners. Available on a two coloured cassette and as a digital download. Go check them out... https://wknancyj.bandcamp.com/album/punish-the-poor-clown

This is Punish The Poor...

Punish, punish the poor
No hope left, we understand
Bleeding beggar on the fat of the land
On your bike, go get a job, no excuses
You can’t find work? - your character’s wrong
Your bad choices one by one
Mean you’re worth what you’re worth just like me
This is a meritocracy
Punish, punish the poor
No mistake, there is an issue
The working class are the cause of the trouble
What you lot need is a short sharp shock
We’ll find a way to deepen the hole
Make it impossible to live on the dole
Down in the gutter, freezing on the street
That’ll soon teach you to find your feet
Punish, punish the poor
And we’re working for money not you
While you’re painting all the boroughs blue
We’ll make life so hard, for your disgusting underclass
Cut off the honey, slash - burn - save my money
Making life hard for your disgusting underclass