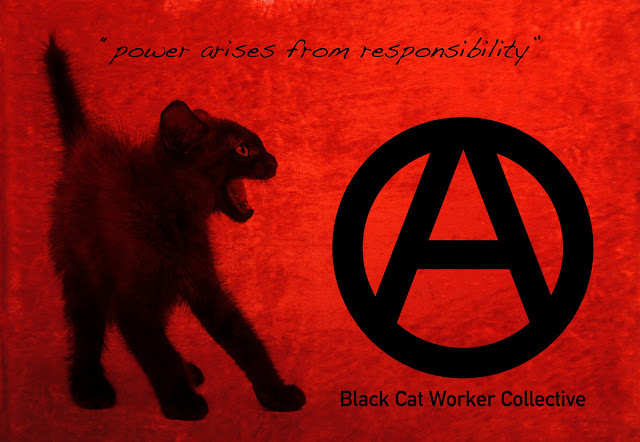 When Louder Than War are asking if a song is the best ever re-write of a punk classic then it's pretty certain that we're dealing with something that's at least worth listening to and in this case something worthy of that question.

Is there any point me posting the song on here now that the bigger sites have started talking about it? When it's this good and this important then of course it's worth spreading word of it to a few extra people. So let's take a closer look.

Toxik Ephex is a Scottish anarcho-punk band, who was first formed in 1979 as The Abductors by founding member Fred "Inspector Blake" Wilkinson. The band's name was changed in 1980, they featured on the comp Bullshit Detector Vol.2 on Crass Records, released their first single (Punk As Fuck) in 1987, released split records with Oi Polloi and Shrapnel and a 1991 album called Nobby Porthole The Cock of the North before calling it a day. Since then they've reformed and split on several occasions but are back again with their reworking of one of the genres most famous songs.

The Black Cat Worker Collective is a non-profit social enterprise committed to enhancing Aberdeen's grassroots music scene. You can find out more about them here :
https://blackcat.coop/

Both have joined forces, with the blessing of Adverts frontman TV Smith, to bring us a song that may just influence a few of the undecided voters ahead of Thursday's vote. They're trying to get across the message that "the UK General Election on the 12th December 2019 at least affords scope to mount a damage limitation exercise.  On one side there’s child poverty, widespread environmental destruction, selling off the NHS, food banks, zero hours contracts, the working poor, populist xenophobia, 120K deaths on universal credit, student debt, spiralling homelessness, WASPI women, social housing clad in firelighters, escalating knife crime, a retirement age of 75, the Windrush Scandal and seemingly endless overseas conflicts..... On the other side there is ‘hope‘."

You can (and should) download the song for free here :   https://blackcatrecordsaberdeen.bandcamp.com/releases

I don't need to tell you the original name of the song, you all know it. The new version is called Refer-en-dum Lies...