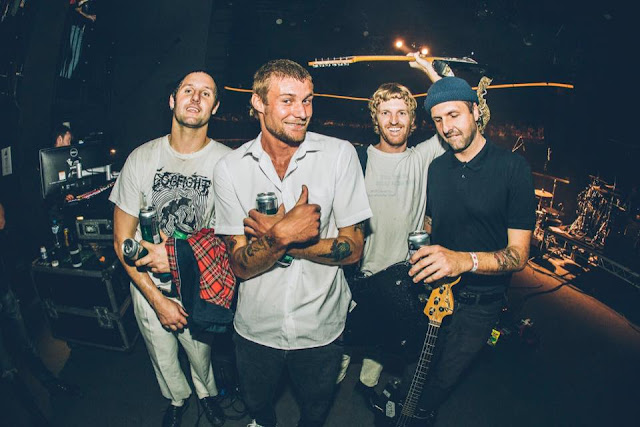 Mini Skirt (https://www.facebook.com/miniskirt666/) are 4 blokes from Byron Bay, Australia, who play an invigorating brand of punked up pub rock. They announced themselves with a demo called Mate in 2016 and since then have released a number of impressive singles/eps and a split 7" with fellow countrymen Cosmic Psychos. The most recent of those releases is a new single called Pretty. You can find it here :   https://miniskirt666.bandcamp.com/

Recorded by Owen Penglis, assisted by Mitch Parry and mixed & mastered by Mikey Young (a guy who's been responsible for making many of the bands who appear on here sound great, check out his credits https://www.allmusic.com/artist/mikey-young-mn0002568924/credits), the new single is a definite winner. An eruption of rage, blood vessels straining in singer on vocalist Jacob Boylan's neck as he reveals he's sick of it all. Give the whip to the whistleblower, get your facts from the phone.... It's all angst and frustration, Jacob's feeling like a stranger in the place that made him who he is.