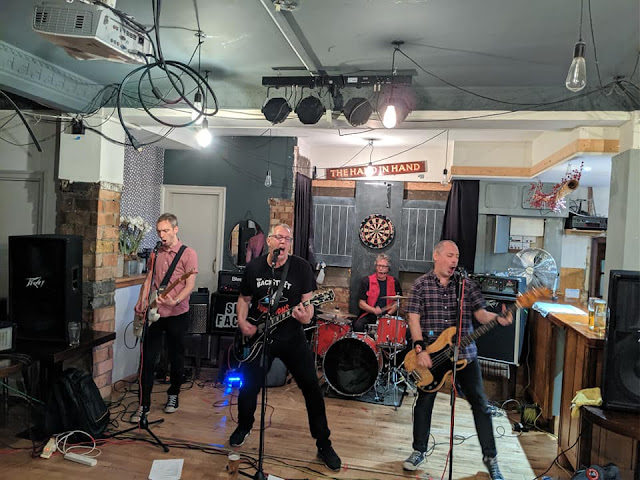 A sad night for Britain as Boris Johnson's Conservative party are returned to power by a nation sold a Brexit pup. There was the chance to vote for real change but it was spurned so now it's more of the same as those with wealth and vested interest raise a glass to 5 more years of coining it in. But it's done now, we dust ourselves down and carry on.

Stating things much more eloquently than I can manage are London band Slow Faction (https://www.facebook.com/slow.faction/). They're quick off the blocks with this new song which sums things up. You can download it here name your price :   https://slowfaction.bandcamp.com/track/youve-been-fooled-again

This is You've Been Fooled Again...

A nation that no longer cares – a state of terminal despair
The liars and cheats have won the night – will the last one here turn out the lightsYou had the chance to go for change – you had the chance but you threw it all awayEnablers and you right wing shils – supporters of the policies that killThey wage war on society, throw millions into penuryThey decimate communities to pay the price of rich men’s greedAnother time, another place – a kinder, gentler, humane stateBut all of that’s been thrown away – the 5 Evils are here to stayWhat the hell have you done? You’ve been fooled againYou’ve fucked up everything! You’ve been fooled againYou’ve fallen for their blatant lies – how long till you realiseThe emptiness of your victory last night? You’ve been fooled again….The consensus of the post war years has been pulled down around our earsNot even that Bitch went as far as the generations who followed herDo you think these people are on your side? Do you think they’ll help you turn the tide?You won’t have too long to wait as you watch them further shrink the state..A transatlantic conspiracy – scratch the surface it’s there to seeWho pays the think-tanks calls the tunes…. the billionaires behind the newsThey say they want to set you free from Marxist ideologyScapegoat the poor, no safety net, reward the rich and squeeze the restI warn you, don’t you dare fall ill – you won’t afford the treatment billI warn you never to grow old – your choice to starve or die from coldDon’t be young – they’ll steal your dreams. Don’t be homeless – those streets are meanI warn you never to be poor – accept your lot, don’t ask for moreWhat the hell have you done?Yes you, you’ve fucked up everything – and you’ve been fooled again!