Hostile Minds - No Fucks Given 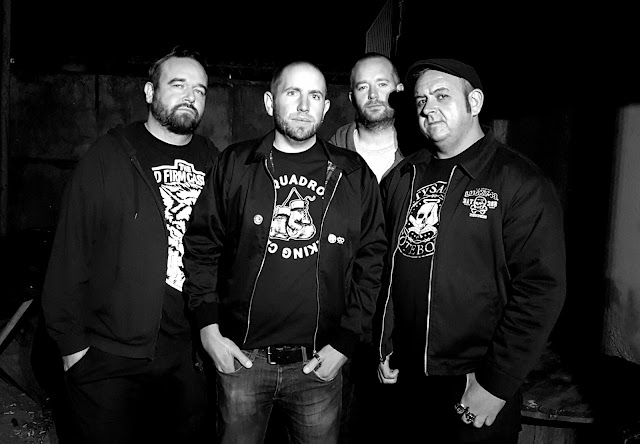 Tom Boutwood. You may not have heard of him but it seems as though if his name is associated with a band then you're guaranteed some seriously good music. Already this year he's been featured on 2 great releases, the Arch Rivals' double A sided single Arch Rivals/Outlaws (http://justsomepunksongs.blogspot.co.uk/2017/01/arch-rivals-arch-rivals.html) and the debut album from Hard Wax, Diamond In The Rough (http://justsomepunksongs.blogspot.co.uk/2017/03/hard-wax-bootboy-stomp-all-night-long.html).

Recently he completed a hattrick of classic modern day UK Oi releases with the new ep by Hostile Minds, Life On File. The band announced themselves to the world in 2015 with the No Innocence ep and followed it up a year later with debut album Violent Society. Now they're back with possibly their best release yet. Alongside vocalist Tom the band also features Tom Murphy (guitar/vocals), Kev Jones (bass/vocals) and Matt Couch (drums/vocals).

Life On File is released on a new label run by Tom called Union Records. It's available as a 4 track 7".  Proper, gritty Oi as it was intended, this is timeless music. This track features Carl Jahier of Komintern Sect and it's got a chorus to die for. No Fucks Given....