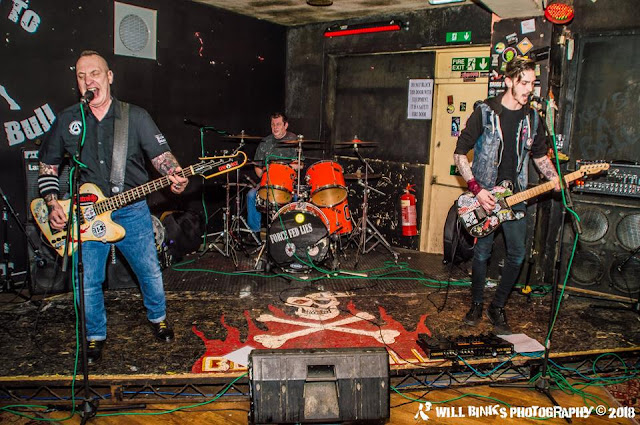 
Last Sunday's show (available here : https://www.mixcloud.com/mick-fletcher/just-some-punk-songs-180318/) saw a song called Latch Key Kids by Kickback Generation go down very well with the chatroom listeners. It's taken from their excellent new  Fending For Ourselves ep so for today's update I'll post the video for another song from that release.

I first featured the north east of England band last year prior to their sucessful appearance at the Rebellion Festival (http://justsomepunksongs.blogspot.co.uk/2017/05/kickback-generation-riptide-refugee.html). Now the politically minded 3 piece take things to the next level with the new ep which contains 4 scorching street punk anthems. Check it out here : https://kickbackgeneration.bandcamp.com/album/fending-for-ourselves-ep

This track is a look back to days long gone, hard times, good times, times that shaped a generation. It's called School Of Hard Knocks.....