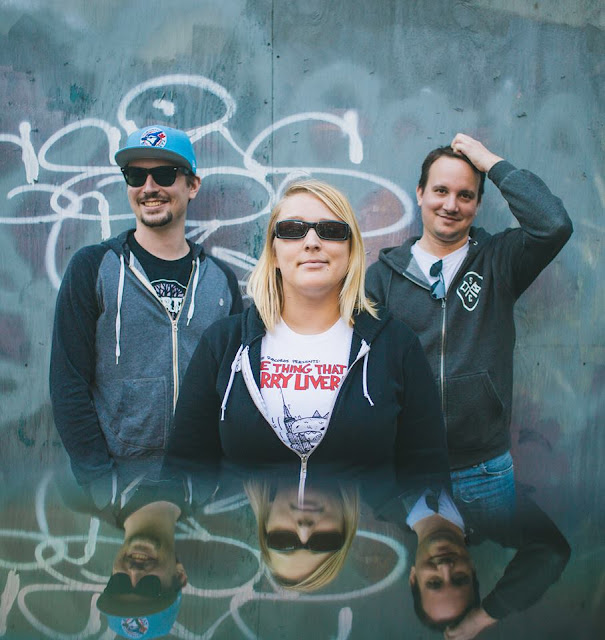 
Chris Levesque is a member of Calgary punk outfit The Difficult Brown (https://www.facebook.com/difficultbrown/) and despite never having written anything like this before he's taken up the challenge of reviewing an album that was released last year by one of his favourite home town bands, Potato Rocket. The album is titled Grown Ass Adults and you can find it here :  https://potatorocket.bandcamp.com/album/grown-ass-adults

I have an obsession with three chord power pop so anytime I come across a new band in this regard I get all giddy like a school girl. Needless to say I was more than stoked when I discovered Potato Rocket playing one of their first shows here at Dickens in Calgary. Their sound wasn't completely there but I could see the potential and thought finally more bands to my liking right here in my backyard. So when they finally released a record I was excited as I knew most of their songs from going to many of their shows and they got better every time out. I needed those songs at home to listen to it whenever I pleased.


Simple 4 or 5 chord song structure, combined with lyrical themes which include feeling young while getting older, it might seem like a pop punk cliche, but they make an effort not to sound like anyone else. So comparisons to other bands have been few and far between. Influences including Rancid, Screeching Weasel, The Ergs! and several other bands that sound nothing like each other. This debut album is definitely in my forever catalogue.


“This record is the result of 3 years of writing, playing, lineup changes, life changes, breakups, new jobs and bitter exes. We aim to be introspective and sarcastic, or maybe sarcastically introspective. Grown ass adults who should know better, or adolescents in disguise? You be the judge.”


This is Fucked Up Generation....

they tell me that I'm the fucked up generation co dependent pessimistic they tell me I’m entitled not grateful for what I’m given self important that's an endorsement now i know you don't believe when i say that i don’t care its just another phase i'm in, just trying to be fair I don't need you telling me its just a phase I’ve been stuck in this phase since seventh grade well I’m still here i'm not going anywhere I could just disappear there's a whole world out there I know i'm a grown up adolescent but i still haven't learned my lesson I guess I'm treading water and I don't know what I want To have everything, to move on Told me to go to college and then get a job That's what I did, its no fun I know I don't have any plans for my future Right now it seems so far away how am i supposed to think about tomorrow I still haven't figured out today I don't know what I'm talking about Don't listen to my advice I don't know what I'm talking about When I'm older I might think twice