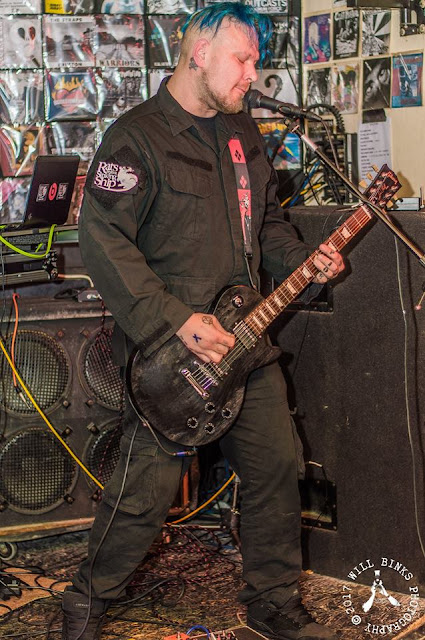 
I recently posted a song from the new album by Ilkeston band Rats From A Sinking Ship. It's titled Fight The Future and it's out on March 17th (and it's bloody good). You can get details here :  https://www.facebook.com/RATSFROMASINKINGSHIP/

Today you're getting a top 10 chosen by guitarist Jamie Price.....

In no particular order :


Someone lent me a c90 tape1995 with punk in drublic on one side and and out come the wolves on the other. This was the first song to come blasting out of the stereo and I've been hooked ever since.


So seeing as they've been mentioned already, Rancid. their first 5 albums were a massive part of my life. I could have picked any track from them but this was always a favourite.


played my first ever gig supporting these guys and Screamer in Nottingham. This was the first track on one of the best demo tapes I've ever heard.


Some good old fashioned shouty punk. I prefer the later albums with chaos on vocals.


Best band on the planet. No arguments. I will fight you.


Everything you want from a punk song. Pete's a great frontman, if you get chance to see him and the boys in 3 stone monkey, do it.


The perfect mix of rap and rock.


Does punk rock mix with politics? Of course it fucking does, However there's still plenty of room to just be silly.


I got this on its day of release, it was the first single I ever bought.


Had the pleasure of playing a fair few gigs with these when I was a teenager. great band great guys, they really looked after us and the bass on this is killer.