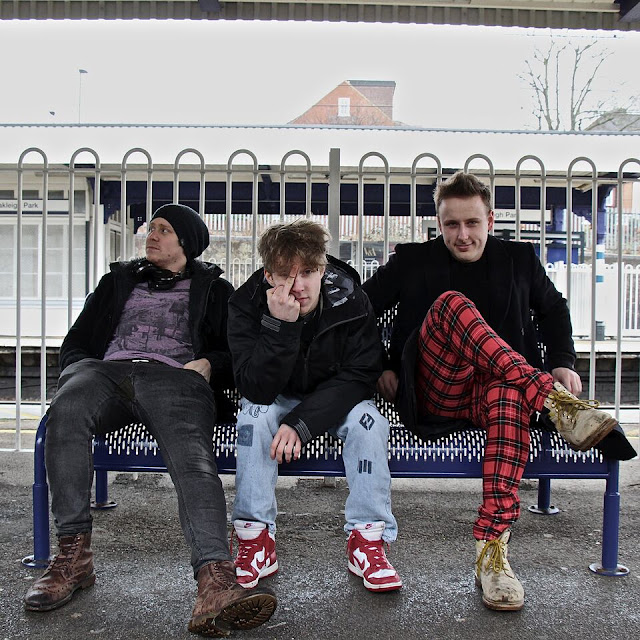 London scratch rockers Brain Ape are back with a new single. The trio that is Minky Tres-Vain (vocals/guitar), Sol Alex Albret (bass/vocals) and Jacob Powell (drums/vocals) have been melding together elements of punk, stoner rock and grunge since 2012 and are improving with every release. Debut album Dara O came out in 2014 and was followed last year by Auslander. The latter of those  was described as an album that you want to hurt your neck to and you can check it out here :  https://brainape.bandcamp.com/releases

A slightly condensed version of a track from Auslander has been given a single release. It's a more considered track than much of their other output. Less shouty, more moody ominous rumbling...loudQUIETloud. The spirit of late 80's/early 90's Seattle runs through it. It's still nearly 6 minutes long but will keep your attention throughout.

You can check out more info here : https://www.facebook.com/BrainApeMusic/

I tried to decipher the lyrics and discover what the song is about and I got David Bowie's alienation from society and his obsessive impulse to write. No doubt I'm completely wrong so decide for yourselves. This is Graphomania.....