Top 10 Songs Chosen By Amy Taylor (Amyl And The Sniffers) 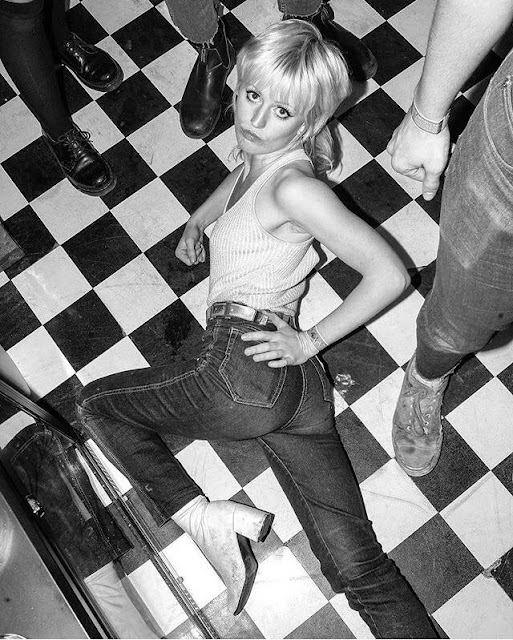 I think it's fair to say that one of the hottest new bands on the punk scene are Melbourne 4 piece Amyl And The Sniffers. I may be a little biased as I chose their song 70's Street Munchies as the Just Some Punk Songs' song of the year for 2017 but since then I've noticed numerous people who's judgement I trust on these things liberally tossing round all number of superlatives (for example only 3 days ago Prostitutes frontman Kevin McGovern declared that they were the best thing he's heard in a long time). You probably already know how great they are, but if you've missed them so far then head over to Bandcamp to check out their 2 eps....  https://amylandthesniffers.bandcamp.com/

2018 will be the year they come to the attention of plenty more people, not only are they visiting England in May, they'll also be going over to the US. Plus, their new record is almost completed and is pencilled in for the summer. You can check for updates here : https://www.facebook.com/amylandthesniffers/

As I like them so much I'm pretty chuffed to be able to share with you a Top 10 chosen by vocalist Amy Taylor. The eagle eyed amongst you may notice there's more than 10 songs but hell, it's Amy Taylor, she can choose as many as she wants!

7)  HANK WOOD AND THE HAMMERHEADS - It's Hard On The Streets