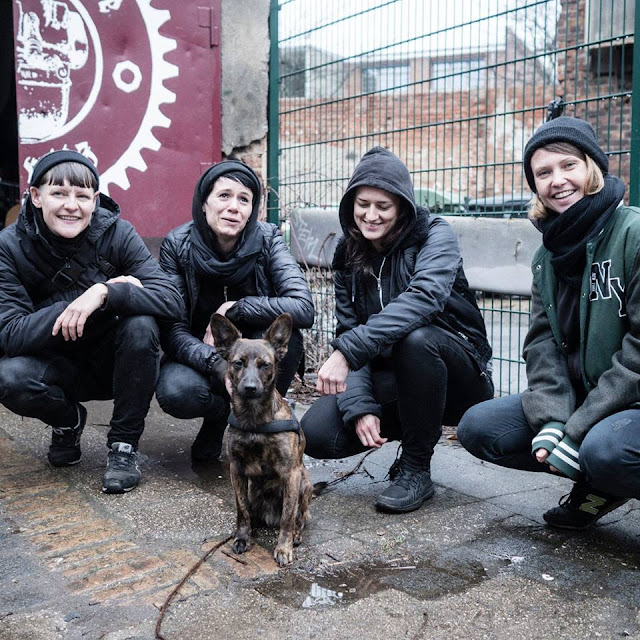 Kenny Kenny Oh Oh are a 4 piece punk band with members (Olaf, Kutte, Fritte & Made) from both Leipzig and Berlin. Various reviews I've seen compare them with such luminaries as The Avengers, Vice Squad, Soviettes, Vanna and White Lung. Think rocking, female fronted '77 punk meets riot grrrl (are we still allowed to say female fronted?) and you won't be far off. You can get more info here :  https://www.facebook.com/kennykennyohoh/

Last year they released debut album I Will Not Negotiate. It's a short blast of aggression that should get you bouncing. You can find it "name your price" here : https://kennykennyohoh.bandcamp.com/

This is the opening song, it's called Why Can't We Say....