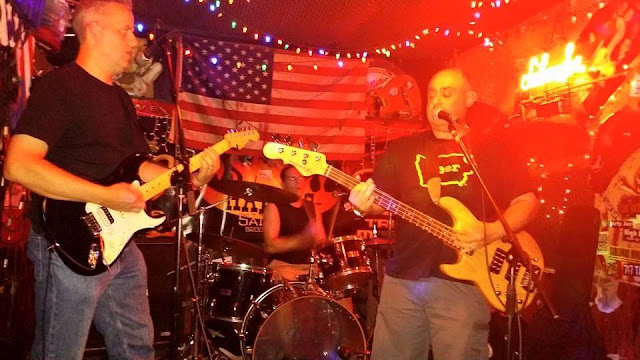 I'm posting a song today that went down a storm on the latest Just Some Punk Songs show, it's saved here if anyone wants to listen to an hour of great new punk music (and if you read this blog why wouldn't you?)  https://www.mixcloud.com/mick-fletcher/just-some-punk-songs-040318/ . Most of you probably won't be familiar with the band yet (their Facebook page has less than 100 likes but hopefully you guys can improve that  https://www.facebook.com/LeagueofPity/ ). They're called League Of Pity and they're a 3 piece from New York who combine classic 70's & 80's style punk rock with the pop sensibilities of the 60's to make a fresh sound of their own. The song I'm posting today is one that's got the classic early 80's punk influence running right through it.

In December they released their debut album, it's titled Outrage! Welcome To Your New Happy Life and it features 10 tracks which rattle by in less than half an hour and you can find it on Knuckle Down Records or Bandcamp :

This song is called Fascist College.....

Email ThisBlogThis!Share to TwitterShare to FacebookShare to Pinterest
Labels: 2017, League Of Pity, punk