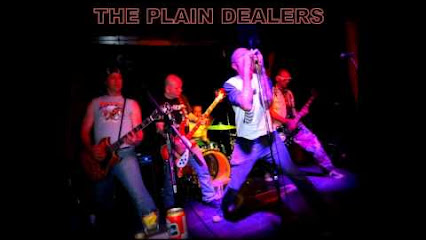 Today's update is made up of the top 10 songs of Eric (EarAche) Becker, rhythm guitarist/backing vocalist with Cleveland punk 'n' rollers The Plain Dealers ( http://theplaindealers.bandcamp.com/ ). Older readers may remember that Earache was co founder (along with Chic Dagger) of classic '90's punk heroes The T.K.O.'s ( https://www.youtube.com/watch?v=7-PTEBmZbLc ). Being familiar with his band's back catalogues I was expecting his top 10 to feature some loud, raucous and pretty aggressive punk tunes, I wasn't disappointed....

(The list wasn't numbered so I'll number them in the order they were written, also in his eagerness to fit everything in 11 entries were submitted so we get a bonus track)

2) Political Crap - On Your Own