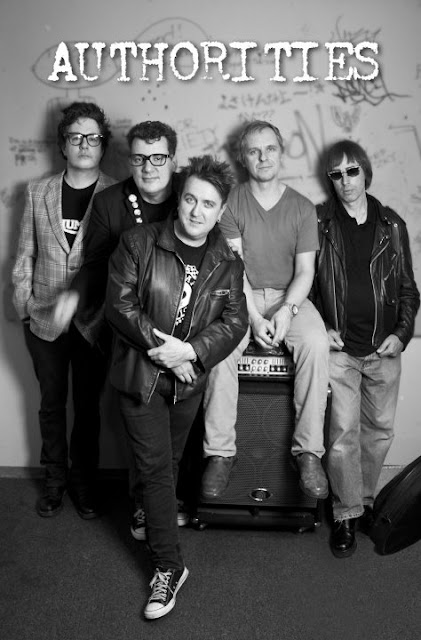 Lets have something hard and fast today. Released in 1982 on Selecta records, the Soundtrack For Trouble ep by Stockton, California's Authorities is now considered somewhat of a classic. The ep's lead track, Achtung, was covered by Screeching Weasel on their Kill The Musicians album whilst Career Suicide released a live cover of track 3, Radiationmasturbation. Forming at the end of the 70's, the band played their first gig on Feb 2nd 1979, the day that Sid Vicious died. Despite the tragic death of founder member Nick Kappos in 1989, 2 other original members, Brian Thalken and Curtis Clyde Hall, have got the band back together, complimented with Graham Johnston, Iain Ross and Orville Lancaster. From Soundtrack For Trouble, this is the excellent I Hate Cops......