The Angry Agenda - It's Alright 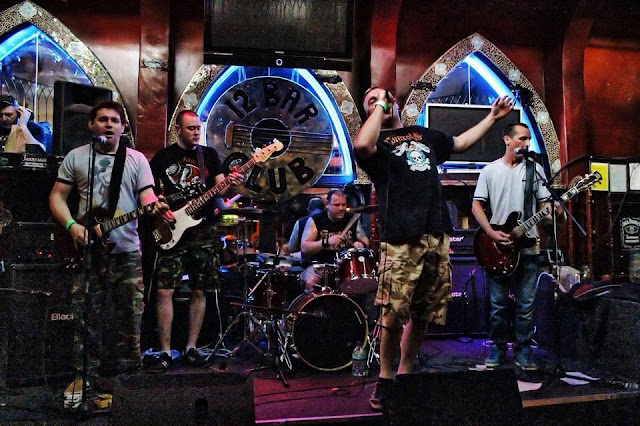 The Angry Agenda are from Watford and released their debut album, Here Comes Trouble, in 2011. You can check it out here : https://theangryagenda.bandcamp.com/

2015 saw Randale Records put out a split ep called Together We Stand which as well as The Angry Agenda also featured a track each by Control, Mouthguard and Riots. Earlier this year, Randale also released the follow up to Here Comes Trouble. Titled Society, it's a mixture of Oi and Rock and it's been picking up some deservedly positive press.

The album's title is apt as this time round vocalist/songwriter Nick shines a light on various aspects of modern life, whether it be community spirit, what's happened to this green and pleasant land or raising a glass to the memory of departed friends.

The song I've posted below could possibly have been from the pen of a young Paul Weller. When life is hard, don't give up, it's all swings and roundabouts. It's Alright......