Kill The Colossi - Fuck The Taxman 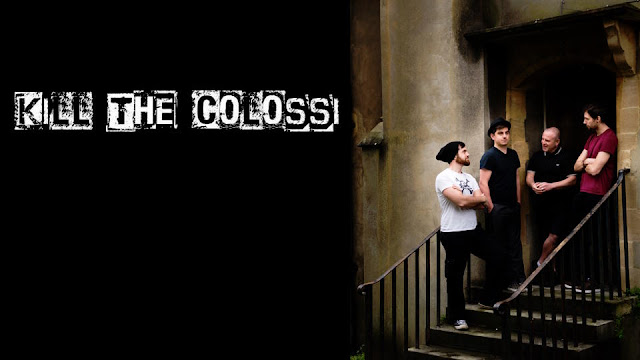 TO EVERYONE WHO PUTS THE FINGER UP
AT THE GOVERNMENT'S PLAN
AND UNITED, TOGETHER, AS ONE
SHOUTS FUCK THE TAXMAN......


A few weeks ago I was minding my own business when I was slapped around the chops by a song that I needed to share with you immediately. I didn't get round to sharing it though as I quickly discovered that the band had a new single coming out soon so I decided to wait and see if it was going to be as good as the song I'd just been so excited about. Happily the wait was worthwhile.

Kill The Colossi got together last year and are from Bournemouth. The line up features Tyrone Moll (vocals/guitar), Adam Storey (guitar/vocals), Rowan Miles (bass) and ex-Gonads drummer Steve Higgins. Influenced by the likes of The Clash, Rancid, The Beat, Tsunami Bomb, Killing Joke, The Specials etc, they're on Never Be Quiet Records (a label that also boasts a couple of other bands to grace this blog, fellow south coast punks The Mistakes and The Crash Landings).

In July of this year they released their debut, self titled ep (the song from it which I initially intended to feature was For Honour) and you can find it here : https://killthecolossi.bandcamp.com/releases. You can also find more info here : https://www.facebook.com/killthecolossi/

Now they're back with a brand new single and accompanying video. Confirming their status as one of the best new bands around, this is Fuck The Taxman.....

Email ThisBlogThis!Share to TwitterShare to FacebookShare to Pinterest
Labels: 2016, Kill The Colossi, punk