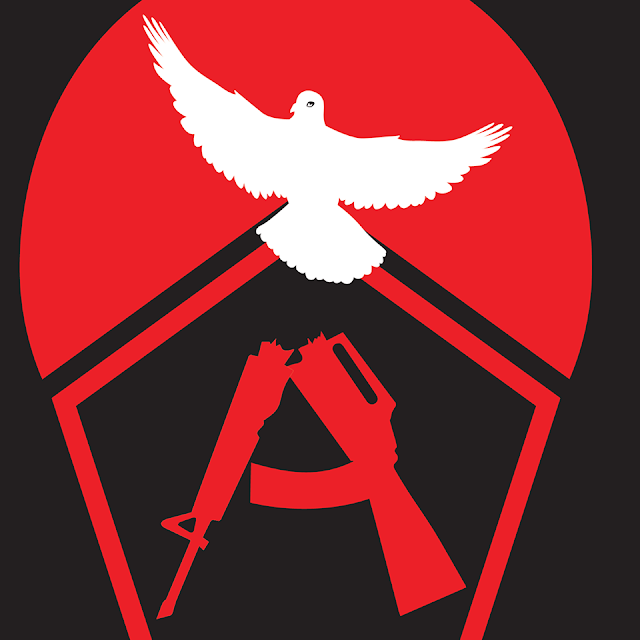 Anti government. Anti religion. Anti facist. Anti war. The System have been kicking against the pricks since 1980. They list the bands that they like as Crass, Flux Of Pink Indians, Anthrax, The Mob, Subhumans, Andy T, Motorhead, Poison Girls etc. Their new latest album is called Slave To The Machine and it contains songs with titles such as We're Still Struggling, War And Money, Defiance And Resistance and Consumerism. If you aren't familiar with the band, I think you now have some idea what you're in for when you listen to the song I've posted below. It's exactly what you'll be expecting but better.

On last night's Just Some Punk Songs show, I invited some of the listeners to choose their favourite songs of 2016, the show went down a storm with the people in the chatroom and one of the highlights was a song by The System. Thanks to John Copeland for choosing it. (The show's saved here if anyone's interested : http://mixlr.com/mick-fletcher/showreel/just-some-punk-song-listeners-best-of-2016/).

You can check out the album on Bandcamp or if you want the vinyl version it's available on Grow Your Own Records. https://anthraxuk.bandcamp.com/album/the-system-slave-to-the-machine

Email ThisBlogThis!Share to TwitterShare to FacebookShare to Pinterest
Labels: 2016, punk rock, The System