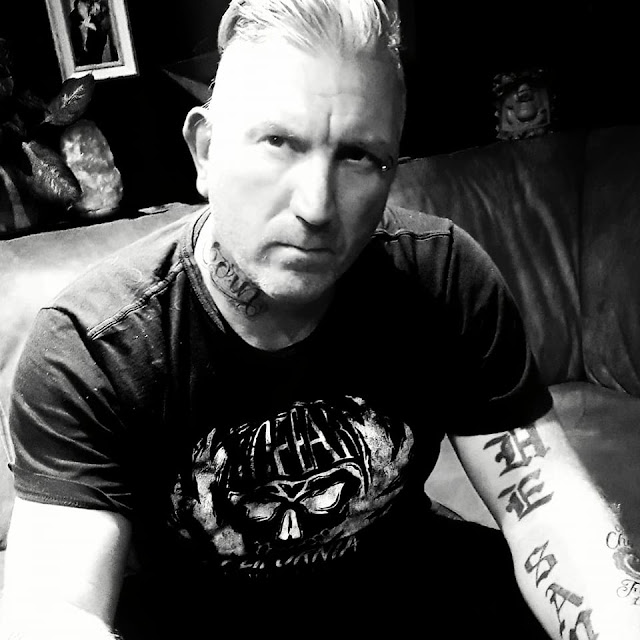 Has he quit as Rum Lad? Is he going to recruit a full band for gigging or carry on as a solo act? Is he going to keep changing his mind on a near daily basis?
Who knows? Probably not even Richie Tyler-Young is 100% sure!
You've probably already heard South Normanton based Rum Lad (https://www.facebook.com/rumladpunk). He's loud enough. He isn't scared to get things off his chest. About the state of the country or many of the people who either live in it or run it. He's released a couple of scathing albums, Vandalism and Punk AF in which he offers up his opinions like a socially conscious Alf Garnet. He's previously appeared on Just Some Punk Songs with songs about Tory Boys (https://justsomepunksongs.blogspot.com/2020/10/rum-lad-tory-boy.html) and England being led astray (https://justsomepunksongs.blogspot.com/2021/03/rum-lad-clip-round-ear.html).
Happily he appears to have stopped dithering about whether or not to carry on (it's not as though there's a lack of things to shine an acerbic spotlight on) and he's giving away 2 new songs free :  https://rumladuk.com/store
Both bangers (as a certain punk dj would say), both topical, both accompanied by videos.
This one's probably my favourite at the moment, the title's fairly self explanatory, it's called Gullible Cunts Abound...
Posted by mickfletcher at 00:18