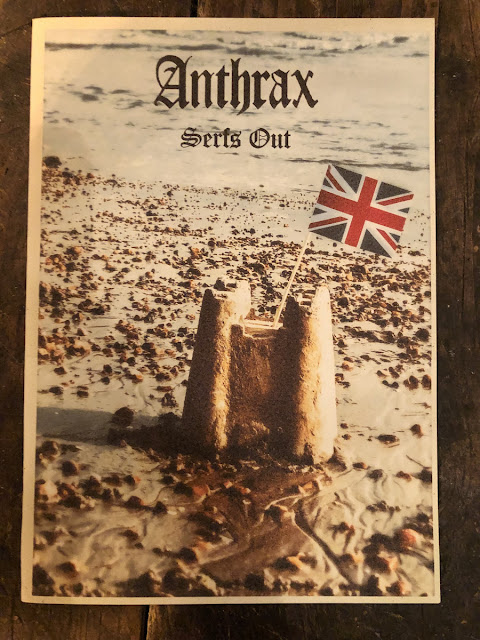 Hopefully you've all heard of Anthrax (https://www.facebook.com/anthrarx). As in Anthrax the UK anarcho punk band, not Anthrax the US heavy metal band. They formed in Gravesend, Kent, back in 1980 during the time that Crass were sniffing out bullshit and Maggie Thatcher was breeding a generation of voracious capitalists. They were a band that we needed back then and we still need them today. 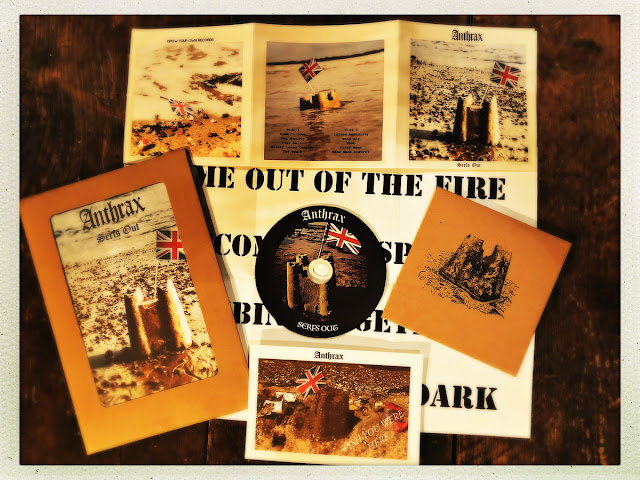 They've just released a new album. It's their first for almost a decade, it's titled Serfs Out, and it's available from the band's Grow Your Own Records. As you might expect, they aren't happy with the state of the nation. They attack leaders ("care and compassion are no longer in fashion"), the media ("dumb it down dumb it down, vilify, throw it out there, repeat the lie") and those that enable this current shit show ("I'm so fuckin' proud of my country, I love to watch it fall from grace"). It's an album about the rich conning the poor with the help of a complicit media and it's simultaneously a great listen and a saddening one. It's about food banks, Brexit, greed and dumbing down. It's modern day life, maybe it's life as it's always been and sadly always will be.
A few of the songs are re recorded versions of tracks that have appeared in recent years, a few are new, all fit together nicely to make up one of the best albums of 2021. You can get it here on cd and digital download (the vinyl version will be out on Friday) : https://anthraxuk.bandcamp.com/album/serfs-out
I'll play a different track on the Just Some Punk Songs show later today (https://www.facebook.com/events/627462865369573) but the one I'm highlighting here is the one that concerns itself with little Englanders yearning for a glorious past that didn't actually exist. It's called Island Mentality...
Posted by mickfletcher at 01:29