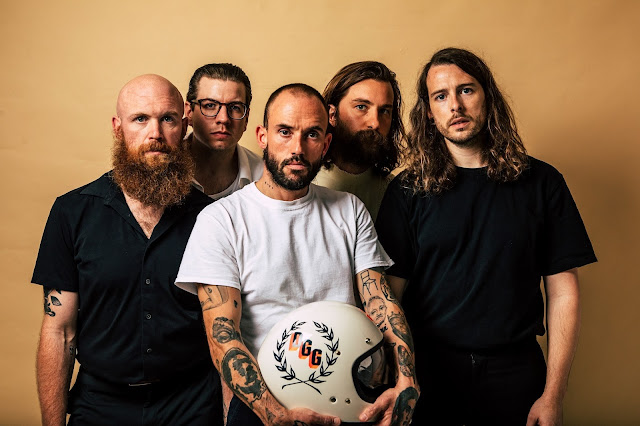 (photo : Tom Ham)
Hello, and welcome to Just Some Punk Songs. The blog that attempts to shine a light on a few of the many great new releases that come under the all encompassing punk rock umbrella. Special treatment is usually given to lesser known bands but occasionally the big hitters get acknowledged, even though bigger and better publications will be hyping them to death.
This is a blog that doesn't do reviews (though it may seem that way at times). It's a blog that basically says "here's a great song, it's by this band or artist, you should check it out and here's where you can do just that..."). And then tries to get away with repeating that templated non review 365 days a year (and hopefully does just about get away with it by featuring great music). 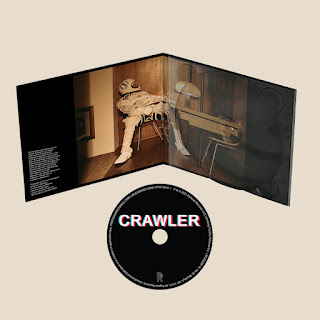 And the reason for the opening 2 paragraphs of waffle? It's because you all already know of Idles (https://www.facebook.com/idlesband). You've already formed your own opinions (when I play them on the Just Some Punk Songs show, the chatroom is always split down the middle between the lovers and haters). You know they've a new album out called Crawler (https://idlesband.bandcamp.com/album/crawler). Most of you seem to think it's very good indeed, something of a slow burner which worms it's way into your brain and lodges itself there. You seem to prefer it to last year's Ultra Mono (an album which I enjoyed and which I thought had more "hits" than Crawler but agree that as an overall experience was maybe a little less cohesive).
For a proper review, go look elsewhere at a proper review site. My job is done, you know it's a great album, you know where to get it, you've reached the bottom of the page. Here's the highlighted song.
It's called The New Sensation...
Posted by mickfletcher at 01:56