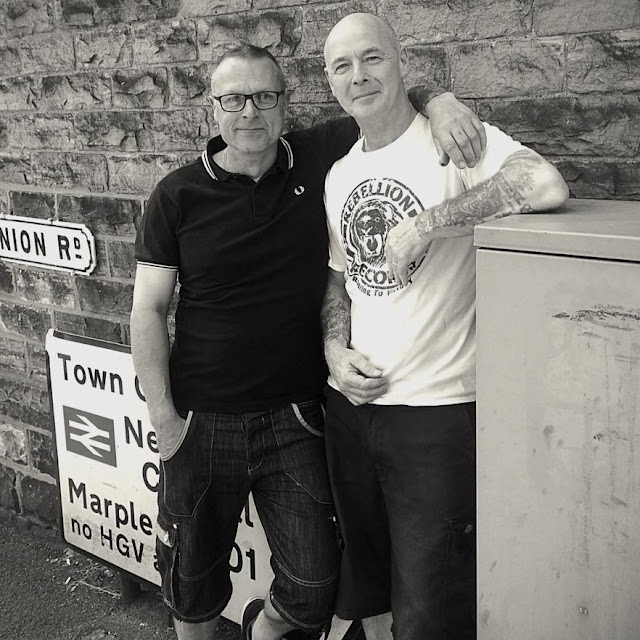 You've more than likely heard of Neil 'Mackie' McLennen. He was the original bassist with New Mills street punk/oi legends Blitz and featured on the classic All Out Attack ep and equally as good debut album Voice Of A Generation. He also played more recently in Epic Problem (who I sung the praises of in several updates like this https://justsomepunksongs.blogspot.com/2019/12/epic-problem-bleeding-out.html).
One of the Blitz releases he didn't feature on as he'd left the band just before it got recorded was one of their best late period singles, New Age. But fast forward 38 years and he's just brought out his own version of the track in which he sings and plays guitar and bass. Drafted in on drums is Greg Boulton (ex Violators). It's a blistering cover which retains the energy of the original. 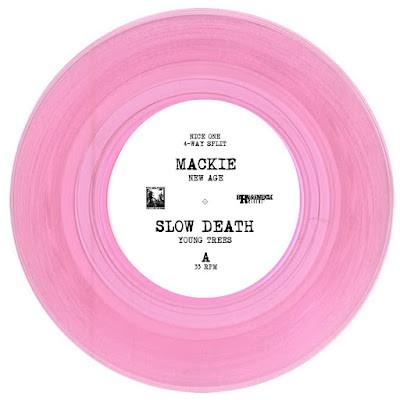 It features on Nice One, an upcoming 4 way split ep on Rad Girlfriend Records which also boasts tracks from Slow Death, Tiltwheel and Spoilers. With bands of that calibre it's bound to be a winner and you can get more details here (US) : https://radgirlfriendrecords.bandcamp.com/album/nice-one-4-way-split or here (UK) : http://brassneckrecords.bigcartel.com/product/nice-one
You already know this is a classic so no more words are needed. Just hit play. New Age...
When I hear.... the sound of concrete and steelI sense a rhythm, that science can't feelI feel the beat.... of our hearts as oneI hold your colour, when my vision is goneThis power is something but the force is blindTransmitted through a network, of your own kindAs minutes tick away.... and days become yearsI know this old feeling, it's a substance in my tearsAnd the kids on the streetAnd the kids everywhereAnd all I gotta say is the kids don't careWhen i hear...................I sense a rhythm...............I feel the beat...............I hold your colour............When you've got me running and you stop my machineYou try to tell me something, that has never beenWhen you stop me running, with my own packYou know you've got me swearing that I'll get my own back
Posted by mickfletcher at 01:49