Slant - How Did It Feel? 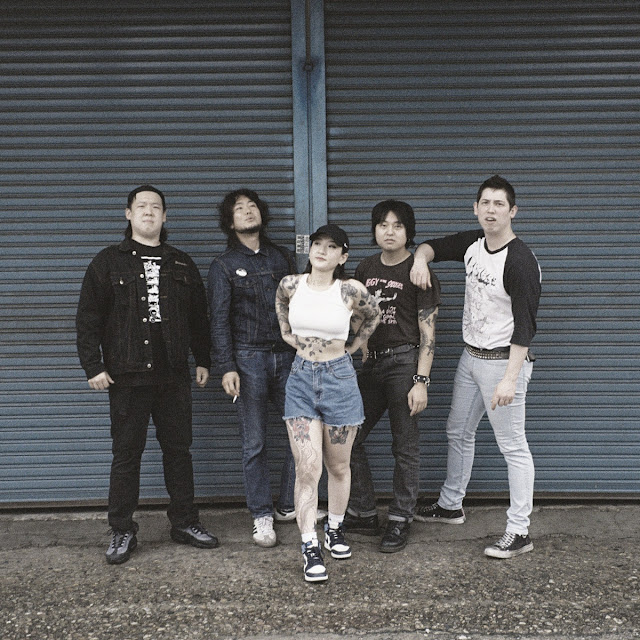 There's times when I'll check out a new hardcore punk album and think that's not for me, it's just a bit too relentlessly heavy and I can't find a way in. I like my hardcore to have a few hooks to hang my hat on. One band that certainly doesn't have me thinking that way is South Korean 5 piece Slant. From Seoul, and featuring a line up of Yeji, Yuying, Candy, Gunny & Garrett, they've just released their debut album. It's titled, rather aptly, 1집 (1st album), and it's probably the best of the year so far.
We first heard from them in 2018 when they released a splendid Demo and they followed it up a year later with an ep titled Vain Attempt. We've had to wait a while for the album (I mentioned it when I featured opening track Enemy last June https://justsomepunksongs.blogspot.com/2020/06/slant-enemy.html) but it's certainly been worthwhile. It's 10 heavy as hell (but still accessible to milksops like myself) prime cuts that are trimmed of all fat. Only the closing song, Casualty, drifts past the 2 minute mark. The remainder are short, sharp stabs dealing with subjects such as terminal illness, ennui, shameless sadists and army life etc. The pace never slows and your senses are pummelled but it's not a chore to get through it. It's a blast! 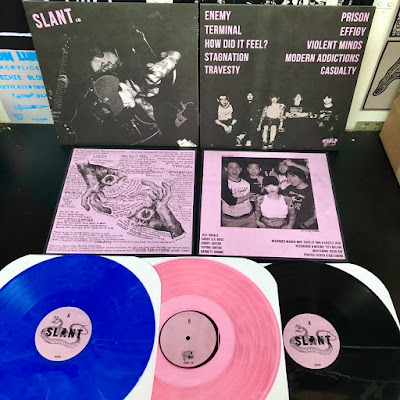 You can get it on vinyl from Iron Lung Records (the first press sold out in the blink of an eye and the 2nd press will be shipping mid March) https://ironlungrecords.bigcartel.com/product/slant-1-lp
Digitally, it's available here : https://slant.bandcamp.com/album/1
This is How Did It Feel?
how did it feel when you lied through your teeth? when you lied through your finger? your choices have been made you decided to kill yourself with it how did it feel? drowning in your own lies rotting in your own mess you can hide, but you can't run you can't run (from your fucking lie)
Posted by mickfletcher at 01:27