So I was passing the time of day trawling round the internet searching out new music worthy of playing on next week's Just Some Punk Songs show and my ears were pricked by a new song by a band from Leeds called Thank (https://www.facebook.com/thankleeds).
They were new to me but as their back catalogue goes back to 2017 maybe they aren't new to you. Anyway, my first impression was they sound a little like current media darlings Yard Act. My second impression was, damn, this is better than I originally thought. Maybe they sound like I'd like Yard Act to sound. 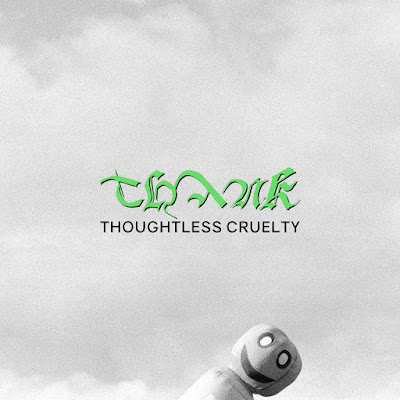 After deciding to post the song on here I noticed they've been garnering a fair bit of attention with comparisons being made with the likes of McLuskey and The Fall. I also noticed they've a new album out on Feb 4th. Titled Thoughtless Cruelty, it'll be available on green vinyl via Box Records (UK) and Exploding In Sound (US). 3 of the tracks are already streaming here :  https://thankleeds.bandcamp.com/album/thoughtless-cruelty
This song will get the phrase "There's never been a good band from London" stuck in your head. It's called Dread...
Posted by mickfletcher at 10:30