The Appalled - No Wife No Kids No Mortgage 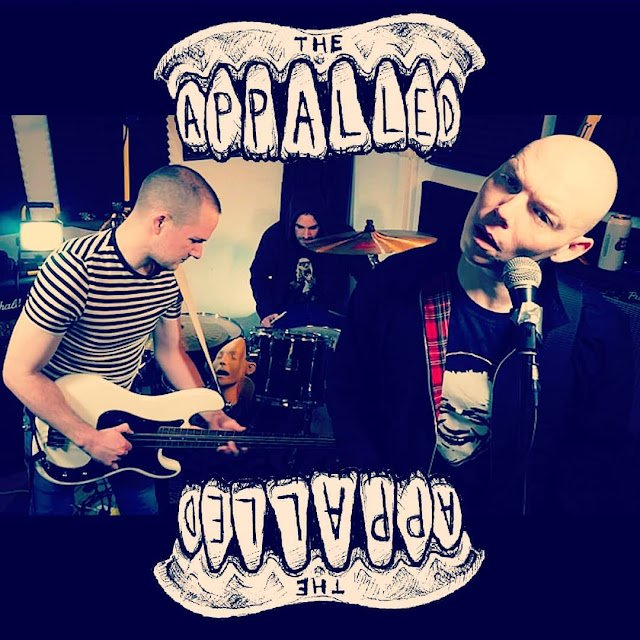 The Appalled are a street punk/oi! 3 piece from Cowes on the Isle Of Wight who've recently released an impressive Self Titled debut album. There's a comment on the Bandcamp page that describes it better than I could manage so I'll stick it here : "You know how Fred Flintstone shaves his stubble with a clam-shell containing bees? That's what this is, but the after-burn and rash is harsher." Not much info is available about them though I think they changed their name from The Proles last year.

The album contains 8 gritty old school punk tracks. The vocals are gruff, the music is more aggressive than fellow Isle Of Wighters Grade 2 but as the nice chap from City Miles (https://citymilesoi.bandcamp.com/) who recommended the album to me says of the song you'll see below, "Something about that track grabbed me straight away. Had the chorus in my head for days. Didn't know what the Mrs thought when I was walking around singing it..."

So to sum up. No holds barred rough and ready music from the streets that'll appeal to those who like their singalongs to be warts n all '82 style bangers. Check it out...   https://theappalled.bandcamp.com/album/the-appalled

This track is called No Wife No Kids No Mortgage...