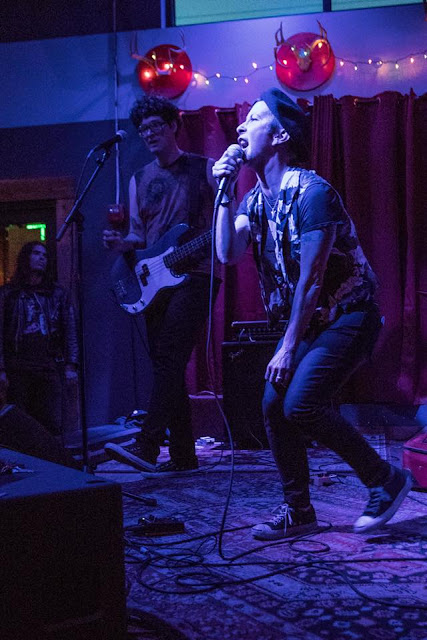 Era Bleak (https://www.facebook.com/EraBleak/) are Candy (vocals), Justin (bass), Zach (guitar) and Spiz (drums), they're from Portland, Oregon and they include members of Dark/Light and Piss Test. They put out a demo at the end of 2017 (https://erableakpdx.bandcamp.com/releases) which was described as "angular, energetic, and a little bit snotty." It got a cassette release by Dirt Cult Records in 2018 and the 7 tracks will feature on an upcoming lp (again on Dirt Cult) alongside 3 new ones.

They've just posted 3 videos to Youtube, a couple of the new tracks (MRI and Era Bleak) plus one of the earlier ones (Burning Sky). All are great.

This is a warning to watch your step, don't go out, the world's a dangerous place so stay home and lock the door. It's definitely a timely song! It's called Era Bleak...