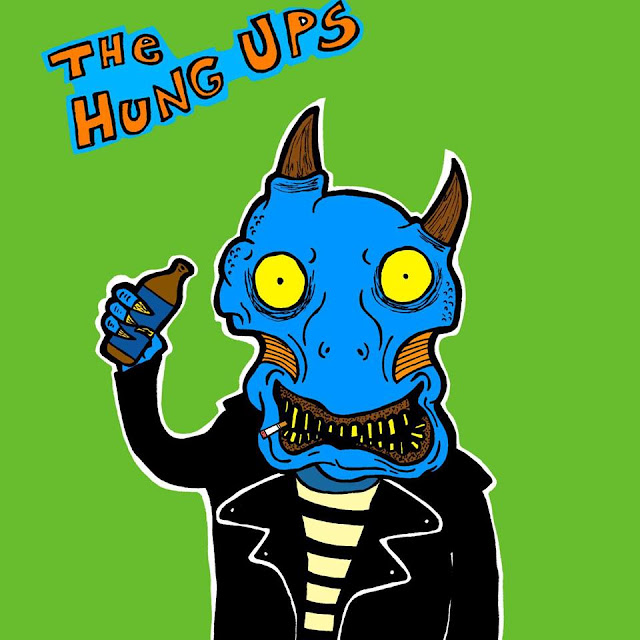 The Hung Ups are based in Salt Lake City and list amongst their influences the likes of Chixdiggit, Screeching Weasel, The Queers, Dear Landlord and Teenage Bottlerocket. They also have a love of early Lookout Records inspired pop punk. They formed in 2009, there's been a few line up changes over the years but as of the latest ep they appear to feature just Josh Recker (vocals/guitar/bass) and Schwenny (drums). Josh and Schwenny are also in a new band called New Routines (https://newroutines.bandcamp.com/album/basement-songs).

The Hung Ups have a number of releases, including their latest ep (Panic Attack) available name your price on Bandcamp  https://thehungups.bandcamp.com

A new recruit to Ramone To The Bone family of old school pop punk bands, their new ep was released at the start of January and it contains half a dozen non too polished but pretty damn catchy tunes, the lead track being the one I've posted below. A boy/girl relationship that ain't gonna work out , Make You Angry has elements of those bands they name as influences and I'm also hearing a bit of early Osker in there.  See what you think.....

Sometimes the words that I say Make you crazy and go insane cuz your ego is quite inflated I tried to pop it and now Im hated cuz I don’t care I’ll say what I please I’m not gonna get down on my knees and beg you to like me I’d rather just make you angry why do you think that we’d ever agree? we’ve never been close to unity you’d rather alienate then educate and act all hostile and so full of hate so you don’t wanna be my friend I said something you can’t comprehend its shame you’re so self absorbed your skins so thin, and you’re such a bore