Disruptive Influence - Your Country Hates You 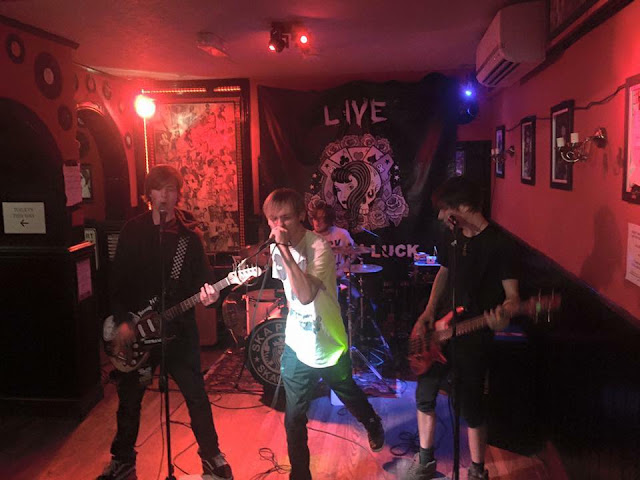 On the verge of posting the excellent Underage Drinking by Bristol punks Disruptive Influence I ventured onto their Facebook page to check out a few facts and noticed they were readying to release a new single. Despite loving Underage Drinking (I urge you to check it out) I decided to wait and see what the new songs were like and I think I made the right decision.

The band originally formed way back in 1981 whilst at college in Bristol. They played their first gig as From The Ashes before changing their name to Disruptive Influence.

They reformed in 2011 with new members and now feature the son of their former singer on vocals. Their sound is unashamedly rooted in punk's golden era as you'll be able to hear if you check the name your price ep's they've posted on Bandcamp : https://disruptiveinfluenceuk.bandcamp.com/.