Judy And The Jerks - Bloodstains 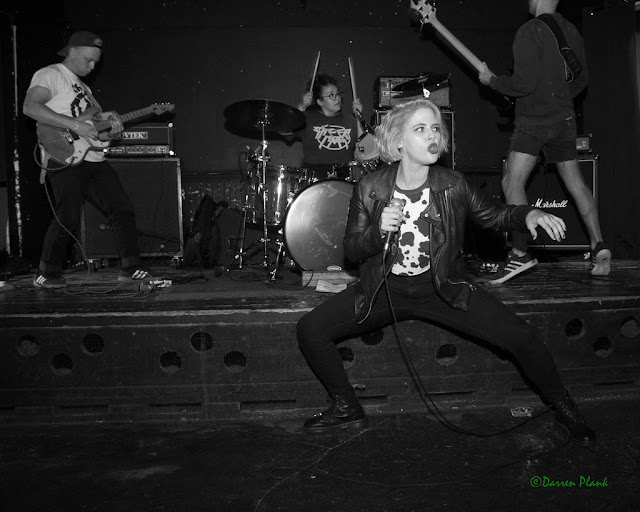 It's that time of the year when we see the release of a number of interesting Halloween themed records. I featured one by Vista Blue earlier this week and today you're getting another.
No strangers to Just Some Punk Songs, Judy And The Jerks are from Hattiesburg, Mississippi, they're fronted by the aptly named (for this time of year) Julie Gore and fleshed out by Austin Griffith, Hampton Martin & Sarah Krock. Previous appearances on here have seen me describe them as "a female fronted off kilter buzzbomb of garage influenced punk fun" and "whacked out weirdos." I've called them "infectiously frantic" and described their music as "scuzzy garage goodness."  Happily some things never change.
Their new Halloween themed release is a 4 track ep titled Candy After Dark. It's available on cassette from Hampton Martin's Earth Girl Tapes.  The tape will be available for two shows in Atlanta during Halloween weekend and any that are left over will be available (along with the name your price digital download) here : https://judyandthejerks.bandcamp.com/album/candy-after-dark 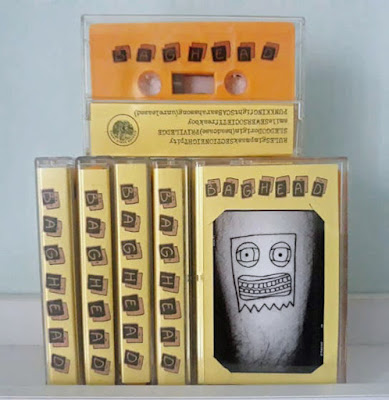 Email ThisBlogThis!Share to TwitterShare to FacebookShare to Pinterest
Labels: 2021, Judy And The Jerks, punk