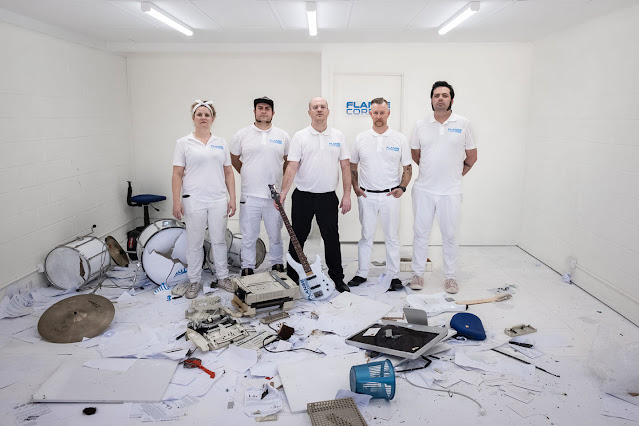 Brisbane 4 piece Flangipanis (https://www.facebook.com/flangipanis) are back today with their new single. It's an incendiary track, blazing a trail for a new album (their 8th) titled Fuckin' Woo which will be released on October 29th.
If you're hanging around the bottom of the planet, you might be interested in the album launch party on November 5th at The Zoo in Brisbane. 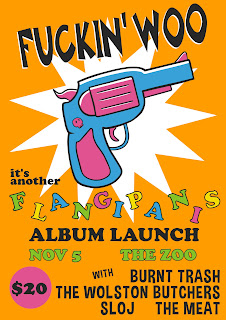 The single is typical Flangipanis, walking the line between hardcore and pop punk, there's a big, beefy pummelling sound that doesn't forget to simultaneously be very catchy indeed. Vocalist Jodie Lawlor is on fine form bemoaning the daily grind of the over worked & under paid. We're expected to shut our mouths and be good little drones. It's not just work though that's the problem, society in general is pretty shitty. Jodie's advice, burn it fucking down.
This is Good Little Taxpayer...
Posted by mickfletcher at 01:21