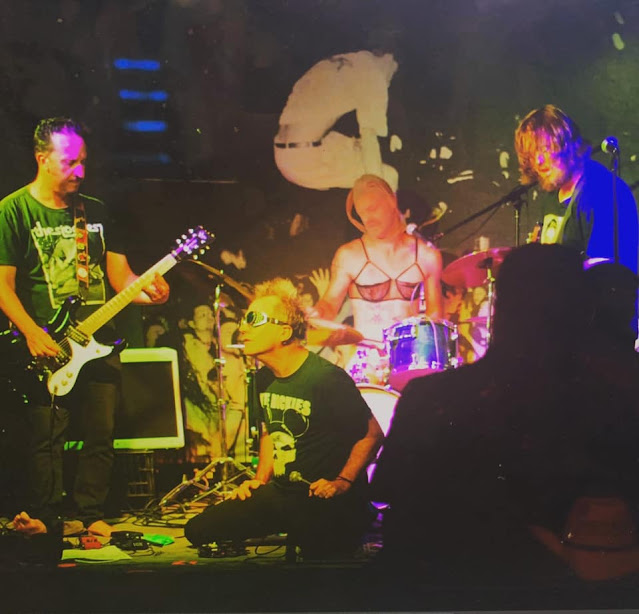 Hailing from Wollongong, Australia, Leftards are "a unique supergroup made up of the least-good members of four unpopular Wollongong bands." They have as their line up; Lez Miserable (guitars), Dr Sound (drums), Uncle Jim (bass, backing vocals) & Ronny Wreckless - vocals / "percussion"). Ronny has featured on here previously when he introduced us to some unknown Aussie bands  https://justsomepunksongs.blogspot.com/2019/09/top-10-unknown-but-fucking-amazing-new_29.html
Blessed (or cursed?) with a couldn't give a fuck attitude and a penchant for causing mayhem, they've been wowing (or annoying?) the fans Down Under for around 3 years now. 2018 saw them debut with the Apocalypse Cabaret ep and they followed up a year later with Deep C Divers. Last December saw the release of ep number 3, it's titled Artifuct and it's available on silver vinyl, cd & download through vocalist Ronny's Wreckless Enterprise label : https://leftards.bandcamp.com/album/artifuct 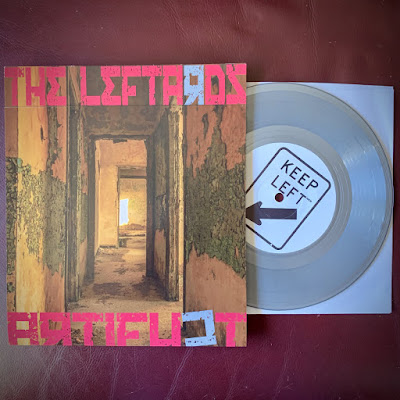 It's 5 tracks dealing with subjects such as uneducated know-it-alls, internet warfare and hair metal band tattoos. They're a band who are better than they let on and they've just released a video for the lead track, a song which I think is decrying the government as the enemy and comparing it with the Chinese Communist Party.
This is Just Like The CCP...
Posted by mickfletcher at 00:54