Yammerer - Life in the New Build 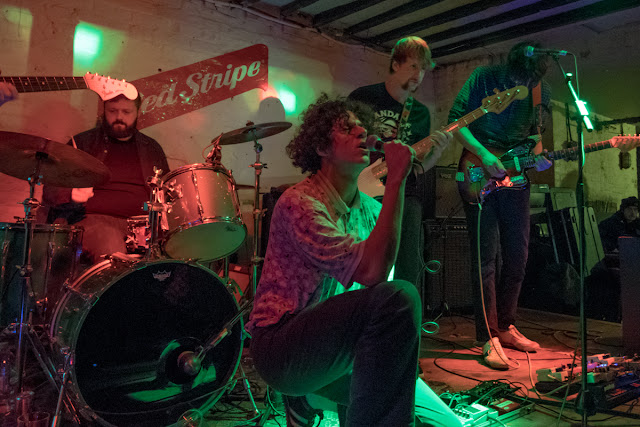 They also released a record store day cassette which has recently been added to Bandcamp as a name your price download. Titled Donnay Death Housing Cryssis it features a couple of tracks that are both rambling and hypnotic. You can find it here :   https://restlessbear.bandcamp.com/album/donnay-death-housing-cryssis

50HB is a 5 minute psychedelic trip that sees Corbett shouting "burn it to the ground" as the music weaves and warps it's way around him. The song you'll find below is a little more spiky with some great guitar meanderings but it's still dominated by the in your face vocals. It's called Life In The New Build...