Snuff - Drink Freely From The Chalice Of Lunacy 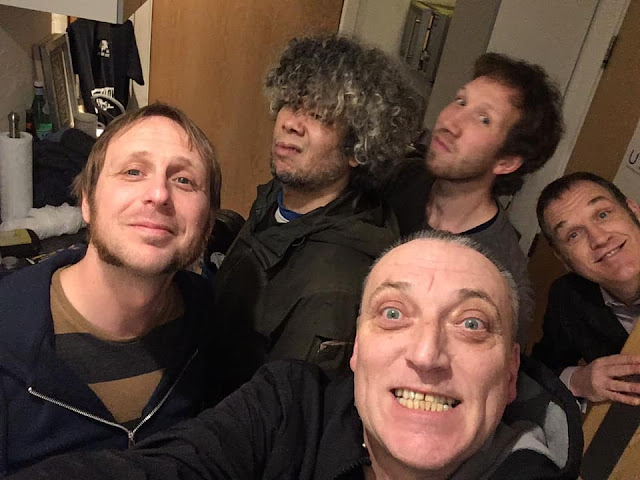 New music by legendary London punks Snuff (https://www.facebook.com/snuffukband/) is always worth shouting about and that's what I'm going to be doing today as they've just released a mightily impressive new 6 track ep titled The Wrath Of Thoth. I had no idea what Thoth was until I enlisted the aid of Google and now I'm assuming it's all to do with the Egyptian god of writing, magic, wisdom and the moon. He had the body of a man and the head of an ibis and he did cool shit like the judgement of the dead and maintaining the universe. I'm not sure however how wrathful he was but I did discover a book by Esther Schrader in which a professor of antiquities tried to get Thoth to aid him in becoming a best selling author so maybe Snuff frontman Duncan Redmonds was staring at his bookshelf looking for inspiration and he had a Eureka moment?

Anyway, now I've guessed at the origin of the title, let me write a short paragraph about the band. Formed in Hendon in 1986, split up in '91, got back together in 94 and they're responsible for some of the best punk music to come from the UK. But you already know that...

...So onto the ep. Recorded during the sessions for last year's album There's A Lot Of It About and originally intended to be sold on their May tour, it's got a bit of everything we've come to expect from the band. Opener Drink Freely From The Chalice Of Lunacy is mid paced, melodic and very catchy (in the style of Take Me Home). I played it on this week's Just Some Punk Songs show, the chatroom folk loved it and so will you. Next up is Nothing To See Here, it's a little more urgent, features a Ba Ba Ba Ba Ba Ba Ba Ba Ba Ba Ba Ba chorus and some brass and bemoans a broken heart. So far so good. Track 3 is the Vada version of Conductor 71, a track that appeared on 2016's No Biting ep. Not a massive departure from the original truth be told but a damn good pounding punk song that showcases the band's harder edge. Supposedly FUWOAGORR! is up next but that wasn't with the preview new bassist Dan Goatham (he from Spoilers) sent me so your guess is a good as mine. I assume it's only on the vinyl version? Poetic Nonsense is another delightfully mid paced beauty about being alone together "Up with the seagulls shouting, Down where the mud larks sing, Off where the bumble bees hum..."

And I've decided to start a new paragraph for the last 2 tracks as they're wonderful examples of classic Snuff singalongs. When we get live gigs back there'll be sweaty crowds grinning ear to ear and shouting along to these. The Bells Of Hell Go Ting-A-Ling-A-Ling is an infectious cover of a British airmen's song from World War 1 which featured in the 1969 movie Oh! What A Lovely War. I'll warn you now, once you hear it you won't be able to get it out of your head. Proceedings are wrapped up with King Of The Wild Frontier.  Another fun ear worm which starts off with Duncan asking if we think he gives a shit about us before it turns into an Arsehole type knees up with raspberries blown, more brass than you can shake a stick at and profoundly deep lyrics such as "Chuck it on the backseat, whack it up your jaxxy Where will it lead from here? Elephant and castle, stick it up your arsehole! Does nana know you're here? Now you fucking broke it, in your pipe and smoke it." It's glorious.

A joint release between the band's own label 10 past 12 Records and Unless You Try Records (http://unlessyoutryrecords.limitedrun.com/products/663318-snuff-the-wrath-of-thoth-12-ep), the vinyl version has already sold out but fear nor it's being repressed and will be available again soon in a new colour. Digitally, it's available here : https://ditto.fm/the-wrath-of-throf?fbclid=IwAR2_1c1SSUNGT3bHELS_SMYTlDSH81Mbc4qFpmjrz9oywh6Ur19szPPP1DI

This is Drink Freely From The Chalice Of Lunacy...