The Exbats - I Got the Hots for Charlie Watts 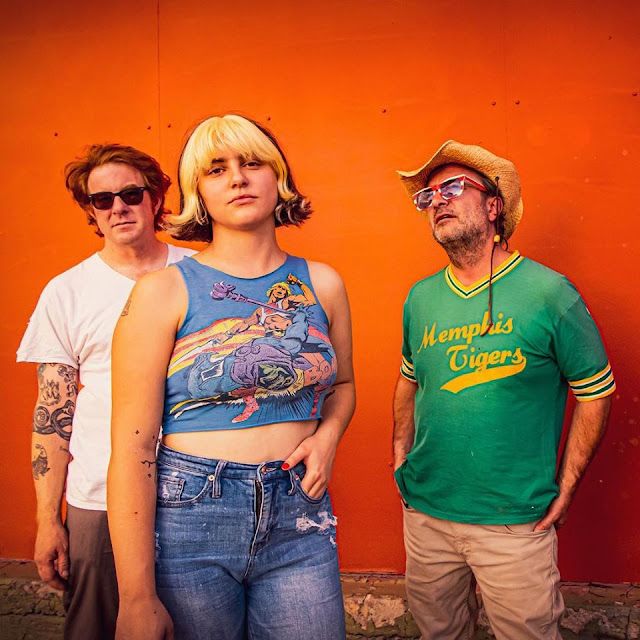 I wasn't going to post this song on here. Not because I don't like it. I do. I adore it. It's the best song released so far this year. Instead I was going to wait until March 13th when the new album is released as if it's anything like previous releases by The Exbats it'll be fit to burst with great songs to select from. But as I love the band so much, you're going to get both today's featured song and then another one in March.

The album will be titled Kicks, Hits and Fits and be available via Burger Records. Do not miss it.

So, The Exbats (https://www.facebook.com/TheExbats/). Why do I love them so much? They aren't your typical Just Some Punk Songs band. From Tucson, dad Kenny McLain plays guitar and sings whilst his daughter Inez drums and sings (and boy, what a voice she's got!). They've been augmented with Bobby Carlson on Bass. They'd be more at home in the 60's than the late 70's, they'd appeal to your nan as much as your mohawked kid brother but damn, they're still punk as fuck. The main reason I love them is those songs are so damn cool. Maybe you saw modern day classic Hercules posted on here   https://justsomepunksongs.blogspot.com/2019/01/the-exbats-hercules.html or maybe you're familiar with their back catalogue https://theexbats.bandcamp.com/ If so, you'll know where I'm coming from. Timeless songs that defy genre tagging and that you can't help but play over and over (and over)...

And do you know what? It appears as though they're just getting better and better. Sharing a name with their 2018 album, this is the latest single. Stop reading and click play on the video, it's pretty much perfect.

I Got The Hots For Charlie Watts...

Email ThisBlogThis!Share to TwitterShare to FacebookShare to Pinterest
Labels: 2020, garage, pop, The Exbats