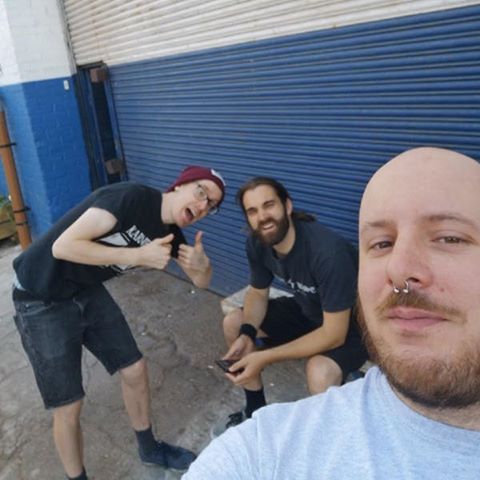 Resuscitators (https://www.facebook.com/resuscitatorsband/) are an energetic skate punk 3 piece from Kingston, London, who formed in 2012 and who's line up features Kyle Larkin (drums & vocals), Matt Barnwell (bass & vocals) and Roger Holland (guitars & vocals). They recently released a new 6 track ep titled Pretend It's Not Over and straight away I noticed a couple of things. Firstly they've lost a guitarist and secondly even though they're in a slimmed down form they sound better than ever. Charlie Creese at Magpie Studios in Kent has done a great job on production duties and I'm guessing that the type of folk that make the annual trek to Manchester for the MPF will have it on constant rotation. These guys are exactly the type of band that keeps the UK punk scene alive and attracts the younger generation of fans.

It's tricky to single out a favourite from the ep, they're all classy melodic shout alongs. Backing whoa's and whey's are very much in evidence alongside big choruses. A co release between CPRW Records & Back From The Dead Records, it's available as a name your price download on Bandcamp and all money raised is going to CRISIS to help end homelessness. A great record and a very worthy cause, go snap it up :   https://resuscitators.bandcamp.com/album/pretend-its-not-over

This is the opening track, it starts with a Parks and Recreations soundbite as "Duke Silver" charms the ladies before bursting into gravel throated joy. Add this to the list of the records worthy of playing on repeat. It's called The Ron Swansong...