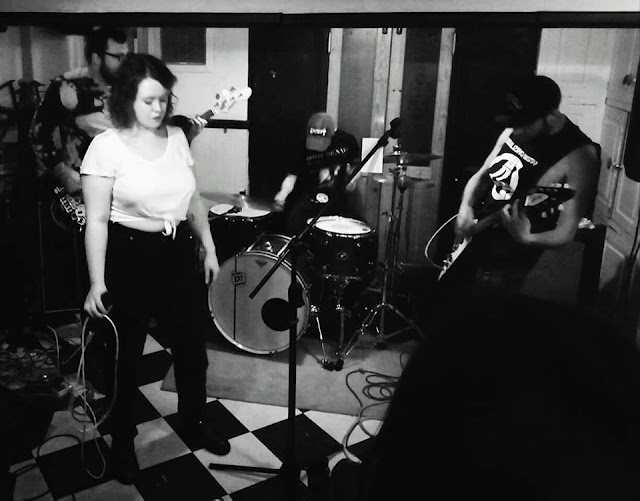 Unhappy degenerates. Puerile d-beat hardcore... So goes the description on Facebook. The band are called Misery Guts and they're the latest addition to the Richter Scale Records' roster. In keeping with the majority of Richter Scale's releases (https://richterscaleoxford.bandcamp.com/music), they're pretty damn ferocious.

They've just released their debut ep, it's titled Oxford 'Ardcore and it's available as a name your price download here : https://miseryguts.bandcamp.com/album/oxford-ardkore. A cassette will be out soon on Richter Scale. The band rattle through 5 songs in around 8 minutes, the music is brutal, the lyrics are sparse and spat out dripping with venom. This is the opening track, translating from German as Power Of Women, it's titled Weibermacht...