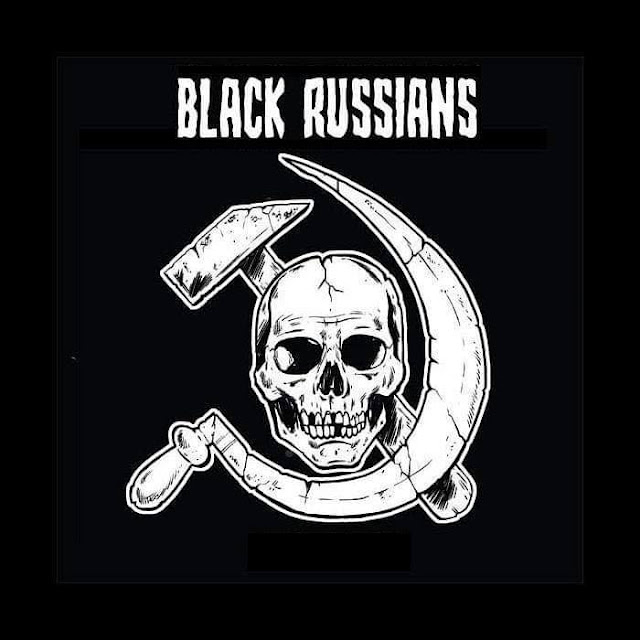 Last August I posted a song by Black Russians. Titled Rostov Ripper it featured on a compilation album from Outloud! Records called Killer Tunes and for my write up I made up a back story for them which might not have been entirely true (https://justsomepunksongs.blogspot.com/2018/08/black-russians-rostov-ripper.html). What is true however is that what seems like years after first being told it was being put together, they've finally completed work on their debut album. It's called Death By Communism, they've sent me it and it's great and they've even allowed me to stick a song from it on Youtube to share with you today.

There's not an awful lot known about the band, and I'm sworn to secrecy as far as giving out too many details is concerned (Putin has spies everywhere so it's best to err on the side of caution) but I can give you their Facebook link : https://www.facebook.com/blackrussiansussr/

Luckily when the music is this good, you don't need too much info. Death To Communism will be on Outloud! Records and contain 13 tracks with titles such as Red Dawn, Mommie Is A Commie, Russian Bear, Soviet War Machine etc...

The sound, as you'll hear on the song below, is gritty old school pop punk. Crunchy guitars, catchy harmonies... it's definitely going to be on the best of 2019 lists of many of the members of the Ramonescore Fanatics Facebook group. I recommend you keep your eyes peeled for it's release. Just to whet your appetites, this is Leningrad Beach...