Vanity - It's That Way for a Reason 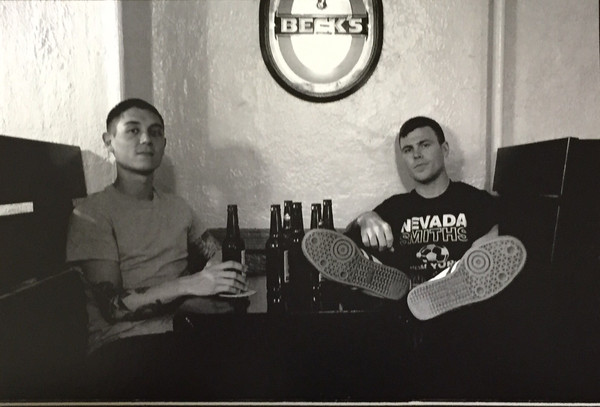 This week's Just Some Punk Songs show will be featuring the usual selection of killer new releases (and a few not yet released songs that various bands have sent me to share with you). It starts later today at 8pm (UK time) and you can find more details here : https://www.facebook.com/events/206323386802770/. One of the new releases I'll be playing is the song I'm posting on here today.

Vanity are from New York and feature amongst their ranks Evan Radigan and Colman Durkee (who between them have been in bands such as The Rival Mob, Nuclear Spring, Creem, NYC Headhunters, Natural Law to name a few). Amongst their releases are debut album Vain In Life (2014) and Don't Be Shy (2016) plus the Yer Fucking Boring 7". They previously featured on here last year (http://justsomepunksongs.blogspot.com/2017/03/vanity-youll-never-matter-much-to-them.html). Their latest release is album number 3, Evening Reception, which came out earlier this month on Beach Impediment Records and is available name your price here :  https://beachimpedimentrecords.bandcamp.com/album/vanity-evening-reception

If vinyl is your thing then go here :  https://beachimpedimentrecords.bigcartel.com/product/vanity-evening-reception-lp

The album's tagged hardcore punk but it's not what I'd call hardcore. They might have been influenced by classic oi music but there's little sign of that on Evening Reception. I can imagine they'd have fit in well as contemporaries of the likes of Sonic Youth, Dinosaur Jr, Galaxie 500 etc even though they don't particularly sound like any of them. See if you agree. This is It's That Way For A Reason....