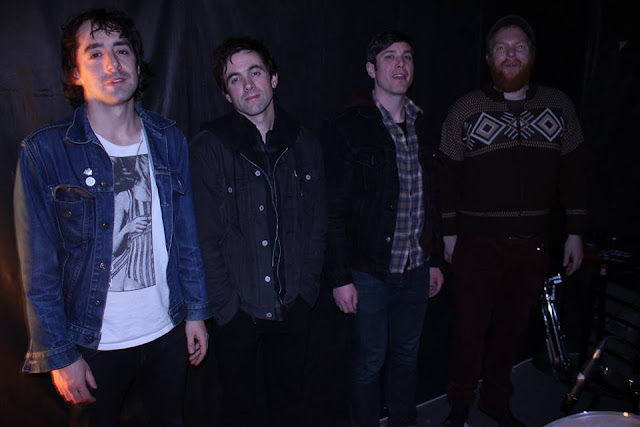 Hailing from Moncton, New Brunswick, they're one of the better practitioners of this type of music and don't really get the acclaim they deserve. They've been around since 2003 and have released some great music, personal favourites include the Fly Me Up To The Moon ep and their album, Can't Go Home :

Since they released their album, back in 2010, they've been mostly conspicuous by their absence and earlier this year they decided to call it a day but not before releasing a farewell ep. As with most of their back catalogue, it's brought to us by It's Alive Records and it's a 4 track affair aptly named Close The Blinds. To mangle a quote from Phantasm's The Tall Man, "You played a good game boys, but the game is finished, now you die." They'll be missed.