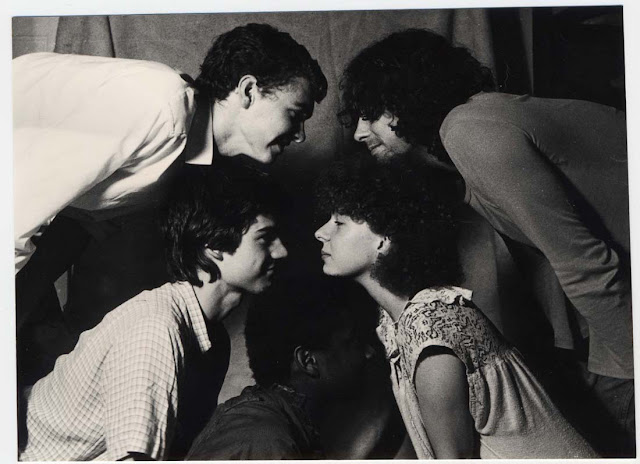 By the time they released their debut single, 1978's Aerosol Burns, Stuart Acton (guitar) and Tim Wright (bass) were in the band. They put out the Wake Up ep on Virgin Records before signing to Rough Trade who released their only album, 1979's Beat Rhythm News - Waddle Ya Play? as well as a handful of singles. They split in 1980, Logic released some solo work and recorded with Red Crayola, Kolla Kestaa, The Raincoats and Swell Maps. She also played sax on the Stranglers classic Hey! (Rise Of The Robots).  Kill Rock Stars put out a collection of her music in 2003 called Fanfare In The Garden : An Essential Logic Collection.

Logic quit music and turned to the Hare Krishna religion though she did feature in reformed versions of X Ray Spex and Essential Logic.

This is the very fine off kilter post punk debut single, Aerosol Burns.....