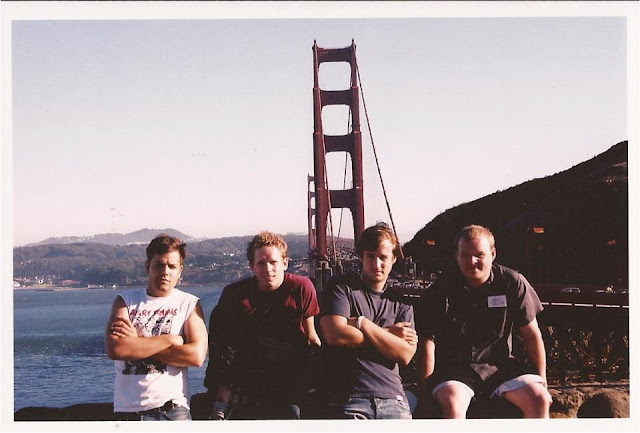 Any blog that exists to highlight great punk songs should feature the song that I'm posting today.

Forming in Toronto in 2001, Career Suicide are a hardcore punk band who released a couple of great albums, 2003's self titled and 2006's Attempted Suicide (plus their 2004 split album with Australian band Jed Whitely). They've also released a handful of killer eps, including 2005's Invisible Eyes, from which today's song appeared. Another release that featured today's song was Anthology Vol. Two and you can check that out here : https://derangedrecords.bandcamp.com/album/anthology-vol-two

It's been a number of years since they last put out any music but they're still gigging (they headlined last month's Not Dead Yet festival) and new material is supposedly on the way.

One of my favourites, the line up on this was Martin Farkas (vocals), Jonah Falco (guitar), Matthew Miller (bass) and Jesse Parker (drums). It's called Bored, Bored, Bored........