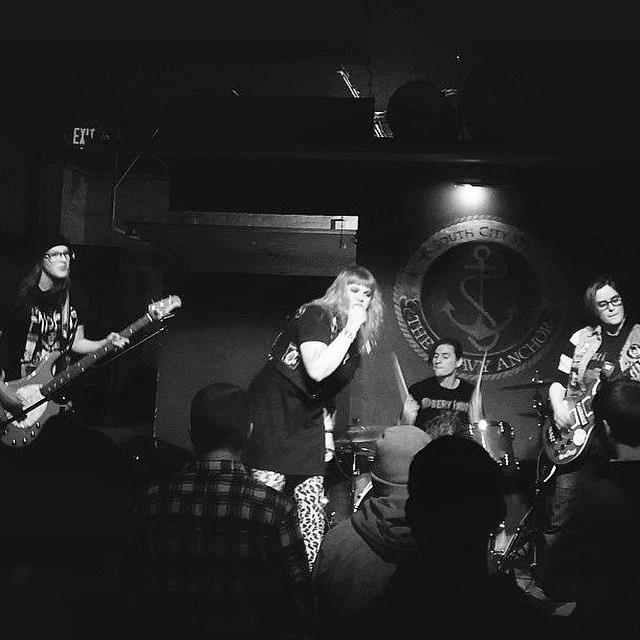 (The St. Louis Jane Doe is an unidentified girl who was found murdered on February 28, 1983 in St. Louis, Missouri. She has also been nicknamed "Hope" and the "Little Jane Doe." The victim was estimated to be between eight and eleven when she was murdered, presumably by strangulation. The victim had also been decapitated and raped; the brutality of the crime has led to national attention. The head of the Jane Doe has never been located, preventing dental examination and the possibility of facial reconstruction.)

Like yesterday's featured band (Life On Mars), Jane Doe are also a hardcore punk band from St Louis who have recently released an 8 song mini album on Braindead Records. Unfortunately in Jane Doe's case it's also their last record as they've decided to split up after only being in existence for barely a year (a couple of them were finding juggling school with band duties a little too time consuming).

A raw, energetic all girl band, they featured Amber Enke (vocals), Shannon Miller (bass), Heather Parker (guitars) and Karla Marx (drums). With songs titled Angry Boner, Rolling With The Punches and Hit Me and influences including Black Flag, Bikini Kill & L7 I don't think you'll be too surprised to discover that their music is angry and uncompromising. Fortunately it's also very good so you should go check it out...... http://braindead-records.bandcamp.com/album/hit-me.