The Speedways - They Don't Know (Review and Interview by Wayne Elliott) 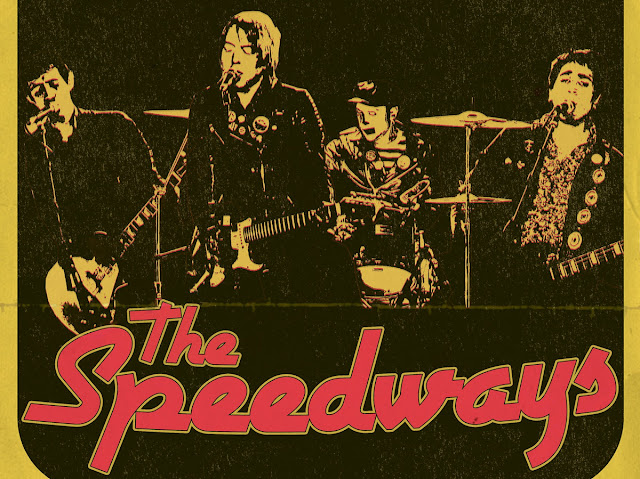 Pulsebeat (https://www.mixcloud.com/Wayne_Elliott/) host Wayne Elliott today reviews a new song by one of his favourite new bands. It's the flip side of their new single, Seen Better Days, and he even contacted frontman Matthew Julian for a short chat so with no further ado I'll hand you over...

As a rule I am not a big fan of cover versions. When Weller did ‘All Along The Watchtower’ one reviewer pointed out "even he must have realised he was going to come third".. and there in lies the rub. Most are at best an entertaining diversion often for the wrong reasons.
Occasionally one comes along that is a wonderful reinterpretation of the original song. Idles and Jim Jones and The Righteous Mind have both cracked out great versions of 60’s soul numbers recently. The Speedway’s track is of more recent vintage, ‘They Don’t Know’ was originally written and recorded in 1979 by Kirsty MacColl and taken into the top ten 4 years later by Tracey Ullman.
Nottingham band The Speedways are the brainchild of Matthew Julian. Last years debut album ‘Just Another Regular Summer’ was entirely composed and played by Matthew .. the only other musician to feature was a drummer credited as ‘Dec’. It was amongst 2018’s finest and virtually lived on my record player when it first landed and is still getting regular spins. I guess you would call it powerpop and you can hear echoes of Matthew’s beloved Ramones along with hints of The Undertones, The Replacements, Smithereens and Big Star. It is classic guitar pop of the sort seldom heard these days. If there was any justice they would be a radio staple. As the song is a cover .. and you all surely own the album... I thought I would ask Matthew himself to tell us a little about the single.
So Matthew .. why the Kirsty cover ?
It was an inspired choice by Mauro our guitar player.. and it also happens to be one of my favourite songs so I just changed the key from B to G! We've played it live at most of our shows. I love both Kirsty and Tracey's version. It's just a great pop song about teenage love so it suits us really well!
It works great and has a lovely languid feel like you just plugged in and pressed record. How are finding working with a band having initially done this as a solo project ? I have yet to catch you llve but I suspect that the songs have really come to life now you have a proper line up.
Yeah, it definitely has that 'band playing' feel which is what we went for. I even did the solo first take, no messing! (although it's easy when the solo is already written for you!) It's been going great as a band. You're right, it's really given the songs a different energy and attack.
What I like about the album is I can tell what records you have and are influenced by but at the same time it still sounds fresh. I mean there is a definite 70’s powerpop vibe to it yet it doesn’t sound dated. I am not surprised it has been so well received you must be close to selling out the pressing.
Thanks a lot. I love to write simple songs and then turn them into band songs.. so they always start life like Everly Brothers knock-offs!.. and then I plug my guitar in and they become Ramonesy or Power Pop! It's sold really well mate yeah. I'm pleased that people enjoyed it. Just 5 left to shift I think!
Best do a new one then ! Anyhows cheers for the chat any shows coming up you want to plug ?
The new one is 90% written and we're probably gonna make a start on recording it in August! Yeah, 3 really good shows coming up in July. We play the Somers Town Festival on the 13th, the Prince Albert in Brighton on the 15th with our friends from New York The Baby Shakes and then on the 28th we play at the Some Weird Sin Power Pop Weekender at the Lexington in London (3 of us are also backing Nikki Corvette for her show too, so that's pretty ace) Also, if you wanna buy a copy of the 7" single for 'Seen Better Days/They Don't Know' I'm taking pre-orders on the bandcamp page now https://thespeedways.bandcamp.com/ (you can also grab one of the last remaining copies of the LP if you want!)

Email ThisBlogThis!Share to TwitterShare to FacebookShare to Pinterest
Labels: 2019, power pop, The Speedways