The Celetoids - Must Be The Gremlins 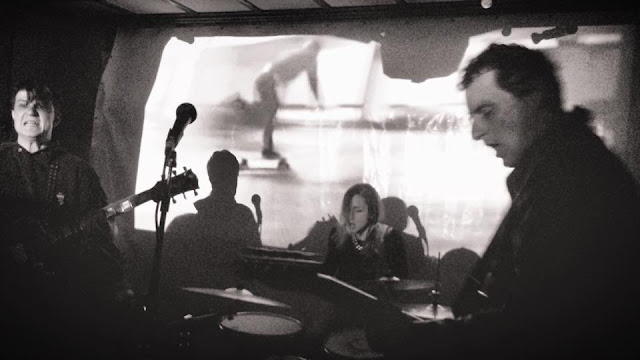 The Celetoids are a lo fi garage punk band from Croatia and feature members of Modern Delusion and Chresus Jist. They announced themselves with a 2015 demo which featured an early version of the song you'll see below alongside a cover of The Urinals' I'm A Bug. You can find it name your price here :   https://theceletoids.bandcamp.com/album/demo-recording

Last year they released an 8 track limited edition tape on Doomtown Records which quickly sold out but which has recently been re released by Drunken Sailor Records on 12". You can find details of the vinyl version or download it digitally here : https://drunkensailorrecords.bandcamp.com/album/pupal-stage-12

You may well be thinking to yourselves, "I've not listened to much Croatian music, I wonder what sort of things the youth of that country would sing about and will I be able to understand any of it?"  I can tell you that they sing in English and cover such topics as Max Headroom, the paranormal, suicide and Gremlins.

This is Must Be The Gremlins....

Email ThisBlogThis!Share to TwitterShare to FacebookShare to Pinterest
Labels: 2017, garage, punk, The Celetoids