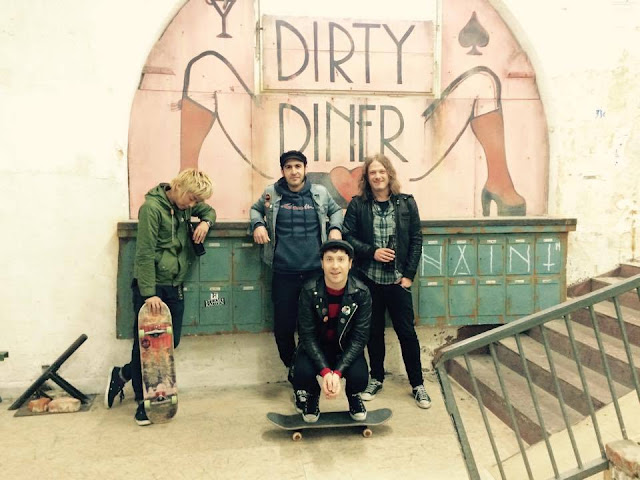 Los Pepes first appeared on this blog back in 2014 with a track from their debut album called Guilty Pleasures and they reappeared last year with one called Say Goodbye. Fast forward to 2016 and they're back again with a song from the forthcoming new album called All Over Now and it's out on Wanda Records in May.

One of the best punk infused power pop bands around at the moment, they're playing their first show of the year tonight (26th), on home soil at Nabucca, London and will play Pipeline in London on March 4th. They'll be embarking on a European tour around the time of the album's release and the dates are :

One of a couple of new songs they've posted on Facebook, this is a snappy little number called Can't Stand It.....