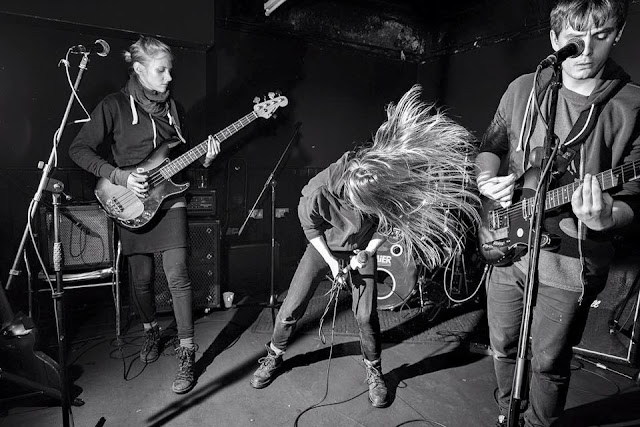 Their first release was a s/t 3 track ep which came out a couple of years ago and they've just followed it up with the Some Things ep (this features 3 new songs plus the 3 tracks from the debut). You can check them out here : https://petrolgirls.bandcamp.com/.

Taking their name from Les Petroleuses (women from the Paris Commune who allegedly burned down much of the city in May 1871 in protest at the government, allegations that were found to have no basis, Les Petroleuses were just a convenient scapegoat) they're a band who are an outlet for vocalist Ren's "visceral and political rage."

This is the video for the lead track on the new ep, the son's called Slug and it deals with depression and the borders prohibiting the free movement of human beings....